Unmasking the ANC MPs who missed the Mkhwebane vote 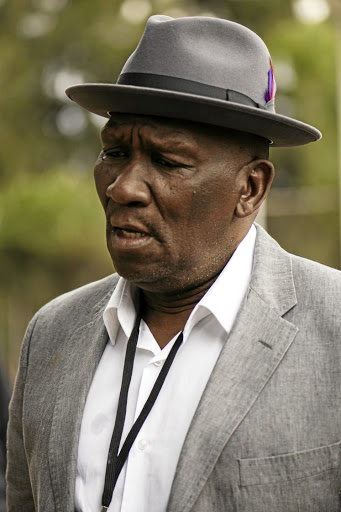 Police minister Bheki Cele was one of the MPs who did not attend Tuesday's vote to establish a committee to investigate the public protector’s fitness to hold office.
Image: File photo

ANC MPs known to belong to the “RET faction” of the party feature prominently among the 62 party legislators who did not take part in Tuesday’s vote to establish a committee to investigate public protector Busisiwe Mkhwebane’s fitness to hold office.

This is according to a “consolidated list of MPs” who voted on Tuesday. The list, seen by TimesLIVE, was circulated by the secretary of the National Assembly to all parties on Thursday.

This list also shows other MPs known to be supporters of President Cyril Ramaphosa, including police minister Bheki Cele and Pravin Gordhan of public enterprises, did not attend the Tuesday vote, where all party MPs were under instruction from national leadership to vote in favour of the motion against Mkhwebane.

The RET faction is opposed to Ramaphosa’s leadership of the ANC and the political direction of the country under his tenure.

Tourism portfolio committee chairperson and former North West premier Supra Mahumapelo also snubbed the vote after making it known on Monday he would not vote in favour of a processes stemming from a motion initiated by the DA.

Magashule said the MPs would not face any repercussions for not participating in the vote.
Politics
1 year ago

Cele explained that he could not attend the vote as he spent the week in Nongoma ahead of King Zwelithini kaBhekuzulu's funeral, which required that a lot of security measures be put in place.

“I was in Nongoma, my brother. Was Zweli [minister of health Zweli Mkhize] there? I was with him in Nongoma, as well as Nkosazana [Dlamini-Zuma] and [Khumbudzo] Ntshavheni,” Cele said.

Bongo on Friday did not want to explain why he did not attend the Tuesday vote, but said he would not have voted for a DA-led process even if he had been present. He said he could not support a party that had taken him to court on allegations of bribery.

“No, I was not present,” he said. “I can confirm I was among the 62 [who did not vote]. I don’t support anything that comes from the DA. I will not support any DA motion.”

Bongo said the national executive committee (NEC) was scheduled to discuss the party’s stance on the Mkhwebane matter this weekend, and that was where he would express his views.

“The decision to remove the public protector must be taken by the NEC of the ANC. It Is in that meeting where we must give guidance as to what we must do in parliament whether we are removing or not,” Bongo said.

“I’m going to have a chance to discuss it in the NEC, air my views, push my points from  points of law and the point of politics of the DA.”

He was adamant that should the inquiry recommend Mkhwebane be removed, his party would not support the decision.

In a memo to political parties, parliament said the number of ANC MPs who took part in the vote had been underreported by three MPs, which means 171 voted in favour of the motion instead of the 168 captured on Tuesday.

That’s not NEC, Ace: You can’t tell ANC how to vote on Mkhwebane, say MPs

The list also shows that despite his earlier protest, MKMVA president Kebby Maphatsoe, who is aligned to the RET faction, voted in support of the motion.

Maphatsoe on Friday conceded he had no choice but to do so following instructions from ANC national chairperson Gwede Mantashe, who told party MPs no dissent would be allowed during the vote.

“I am waiting for the report from the committee of inquiry that will bring the recommendation. This is a stage. It doesn’t mean Busisiwe is removed. This is a first stage,” Maphatsoe said.

Describing what happened in the caucus meeting hours before the Mkhwebane vote, he said: “You must understand that officials came. They said, ‘One, two, three, four, five, six, seven, and the meeting is closed’. No point of clarity.”

Asked whether he felt intimidated by the orders from Mantashe after being so vocal against the vote, Maphatsoe said: “No-one will intimidate me in the ANC. This thing must not divide us.

“The constitution of the ANC is very clear that we cannot support an organisation that is not in alliance with us and with which we don’t share ideologies. What we did is wrong. That’s why I’m waiting for the meeting. That will give us enough time to express our views.”

Dirks, Mahambehlala, Zwane and Gordhan could not be reached for comment at the time of publication. The story will be updated with their individual reactions once obtained.

Politicians and civilians had mixed responses to MPs voting in favour of establishing an inquiry to investigate public protector Busisiwe Mkhwebane’s ...
Politics
1 year ago

The National Assembly voted on Tuesday for the establishment of a special committee to inquire into Mkhwebane's competence, with 275 MPs voting in ...
Politics
1 year ago