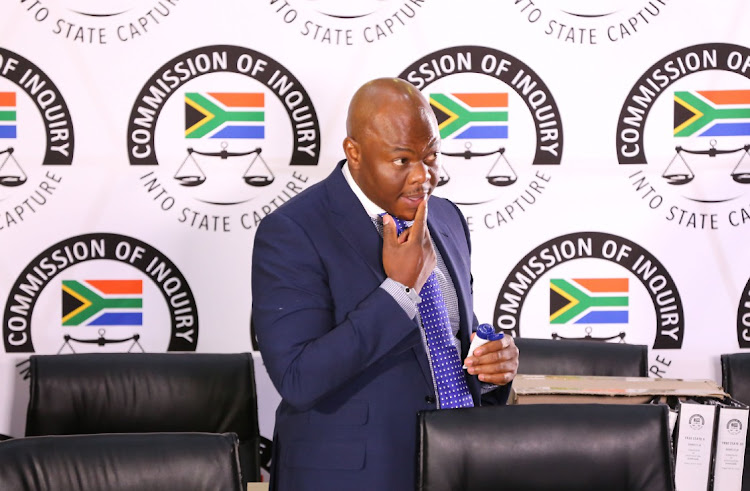 Businessman Edwin Sodi is suspected to have been among those involved in the disappearance of R295m meant for a water treatment plant in Hammanskraal, Tshwane. File photo.
Image: Gallo Images / Luba Lesolle

Businessman Edwin Sodi has been named in a report of an independent commission of inquiry into a 16-year-old contaminated water crisis in Hammanskraal, Tshwane.

The inquiry found that the City of Tshwane had failed to account to the community of Hammanskraal about a “seemingly disappeared” R295m, which was set aside for the upgrade of the Rooiwal wastewater treatment plant.

While the inquiry was touted as being “independent”, it was established by political party ActionSA, whose leader Herman Mashaba was the former mayor of the DA-led City of Johannesburg.

According to Hannes Coetzee of the city, who testified at the inquiry, the R295m tender was awarded to a joint venture which included a company belonging to Sodi.

Despite the award, little to no work has been done on the plant for what was supposed to be phase 1 of the project.

Attempts to contact Sodi on Thursday and Friday were unsuccessful, with the businessman not responding to e-mailed questions. A phone number for his company was answered, but the receptionist said Sodi was “out of reach”. This story will be updated should a response be received.

Suspended ANC secretary-general Ace Magashule has accused the high court in Johannesburg of "actual and/or perceived bias" in its judgment that ...
News
9 months ago

Sodi came to prominence when he was implicated in the R255m failed asbestos project in the Free State for which he appeared at the state capture inquiry before he was arrested last year.

His company — Blackhead Consulting — had scored the contract for the eradication of asbestos roofs in the province, also in a joint venture, but failed to deliver while he allegedly facilitated bribes adding up to millions for department of human settlements officials.

Sodi is one of the accused in an ongoing trial regarding the asbestos project who include suspended ANC secretary-general Ace Magashule.

The Hammanskraal community water inquiry found that the Tshwane city council had failed to account to the community about the whereabouts of the R295m which is at the heart of a water crisis in the area.

“Incontrovertible corruption and nepotism are the hallmark of local government in the democratic dispensation since 1994,” reads the report of the inquiry, which was chaired by Prof Jonas Letsoalo.

“It cannot be possible that since 2005 the national government, the provincial government and the municipality had no funds to attend to the plant.

“From the [April 2021 Tshwane] state of the city address it can also be gathered that for 'years a big issue has always been the lack of funding'. However, nothing has been said about the apparent disappearance of the R295m allocated for upgrades to the plant.

Farmer Theuns Vogel was hoping that his vegetable farm would be his pension. Instead, his wheat crops have failed, allegedly as a result of the raw ...
News
1 year ago

“The biggest question is whether the contaminated water crisis would have persisted this long if it were in Sandton or the so-called 'white suburbs' in Pretoria or Johannesburg,” the report continues.

The commission of inquiry found that the City of Tshwane had failed the community of Hammanskraal in ways that could be described as “dismal, delinquent and hopeless”.

This, the inquiry found, was evident in the city's failure for 16 years to account to people as to “what happened to the R295m budgeted for the water crisis, which has seemingly disappeared”.

The city had also, since 2005, not been forthcoming to the community about the nature of the problems at the plant and what is hampering the resolution of the water crisis; proposed solutions to the crisis; and how long it will take to resolve the water crisis.

The inquiry concluded that the only way forward was to approach the Constitutional Court for an order to compel the city to do what is right.

“It is an inevitable that the insensitiveness, irresponsiveness, non-transparency, unaccountability and delinquent inertia of the City of Tshwane council will remain in place for years to come, perpetuating the despondency of the Hammanskraal community.

“It is unlikely that this will be resolved until and unless the courts declare the municipality’s unbecoming and unconstitutional conduct invalid in terms of section 172(1) of the constitution, and hands down an order that compels just and equitable relief of the community,” it found.

Suspended ANC secretary-general Ace Magashule has accused the Johannesburg high court of “actual and/or perceived bias” in its judgment that ...
Politics
9 months ago

Suspended ANC secretary-general Ace Magashule is taking the NPA to court for allegedly failing to hand over his full indictment in the R255m asbestos ...
News
9 months ago

The City of Tshwane will soon find itself in court, as the water and sanitation department said it would go the legal route to force the repairs of ...
News
1 year ago