An animated, sonified 3D scan of the 'Dubship I – Black Starliner' is the centre of a virtual-reality world, where 'visitors' can interact in a strange land, writes Sean Christie

Image: Ralph Borland The spaceship at the centre of Ralph Borland's 'Dubship I - Black Starliner' exhibition at the Zeitz Museum of Contemporary African Art on the V&A Waterfront in Cape Town.

This is a story about a spaceship that was for a time suspended in the central atrium of the Zeitz Museum of Contemporary Art Africa (Zeitz MOCAA).

Six metres long and weighing half a tonne, the ship contains a rolling oil drum that emits light through perforations, with the beams functioning like the toroidal bumps on a child's record player, each causing a specific note to sound from one of several water containers arrayed within the fuselage.

Titled 'Dubship I - Black Starliner', the sculpture is part homage to the Black Star Line shipping company, launched by the political activist Marcus Garvey in 1919 with the aim of repatriating the descendants of African slaves back to Africa.

In an explainer video, the artist, Ralph Borland, reminds viewers that Garvey "believed in buying and owning the means of production, to direct it towards the benefit of black people", and says that his piece symbolises "the idea of getting somewhere else apart from Earth with a history of prejudice and violence".

The "dub" element - the oil drum's Rastafarian colours, and the star-shaped speaker-box sound system amplifying a beat that's apparently a minimal version of the 1970s Fred Locks track Black Star Liner - is a reference to the fact that dub and reggae artists have been the great commemorators of Garvey's image and ideas. 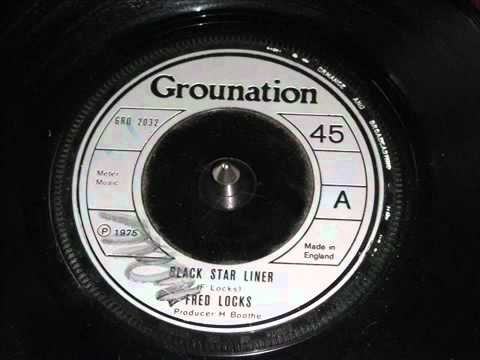 Borland's Dubship I - Black Starliner exhibition came down to land in October last year in a temporary exhibition space in lower Woodstock, re-billed as Dubship I - Exploded View. I wanted to see this previously sanctified piece on the ground, but missed the one-night-only exhibition.

Borland invited me to visit the following day, and it was a strange experience, being back on Drakelow Street, as the last time I had been there, in 2015, the walls of the buildings were bathed in the blue lights of police cruisers.

That night the dead man in the street, under a blanket, was Aubadeeleh Juma Saloum, a maritime stowaway from Dar Es Salaam. In his life Saloum had travelled without documents to Europe and the Americas, only to be forcibly returned to Africa each time. Borland's celebration of Garvey's dream liner lay segmented metres away from the spot where Saloum's life had ended. I mentioned the apparent coincidence to Borland, and it triggered a discussion about the role of chance in life and work.

"Here's something," said Borland, walking me over to a large printed photograph of a white-canopied bakkie that had an image of Marcus Garvey painted on the front right door, inside a whorl of darker colours.

He said he had encountered the vehicle on the little streets of Cape Town on a Friday evening before the Exploded View exhibition. He could have continued on his way - it was getting late, the end of a busy week - but instead stopped to introduce himself to the man sitting in the driver's seat, a Ghanaian named Jimmy Braye.

"I asked him, 'Is that Marcus Garvey painted on your car?' because the face was younger than the images that are most often reproduced. 'It is,' he replied, explaining that the painting had been inspired by the famous Garvey line, 'Look for me in the whirlwind', which is also the title of a well-known Garvey documentary. Jimmy said he was the founder and owner of the Marcus Garvey Foundation. I told him about the Black Starliner project."

Image: Ralph Borland Marcus Garvey painted on the side of a bakkie. Garvey founded the Black Star Line shipping company in 1919, which was meant to repatriate the descendants of African slaves.

Braye attended the Exploded View exhibition, posing for a photograph in front of the giant black star speaker-box that had once been at the rear of the Dubship.

I met him some time later, at Mo-Fire African Bar and Grill on Salt River Road. I was curious to know what the founder of the Marcus Garvey Foundation thought about the artwork, and he answered with a humble tale about the path by which he'd come to his own appreciation of Garvey's ideas.

"The Marcus Garvey Foundation is one of three names I came up with for a business many years ago, and it was the only one that wasn't already registered. It was just a name, I was no Garveyite at the time," he said. Living in SA changed that. "Through struggle, the true nature of life was exposed to me, and I came back to those ideas that my cousin used to discuss, such as the need for black people to know and control the means of production, and I took on Garvey's mission in my own way, which is farming, passing on to others what I've learnt about the workings of nature."

Braye said he liked the artwork, but particularly felt an affinity with the artist, Borland. "I think he's haunted by the ghost of Marcus Garvey," he said, sipping mint water.

The conversations with Borland and Braye had me thinking about serendipity, a species of chance encounter, discovery or happening that's distinct from mere coincidence, and very different from the sort of discovery that comes as a result of a deliberate searching. The novelist Horace Walpole, credited with coining the term serendipity in the 18th century, stressed that the element of fortune was one part of it, but that for a valuable understanding or outcome to result the discoverer has to contain enough knowledge, and the right sort of knowledge.

Borland, of course, did not discover Garvey's Black Star Line shipping company - he learnt about it while at high school in Harare - but his life had certainly set him up to do something unique with the information. A deep interest in dub and reggae meant he understood Garvey's place in these cultures. For several years, his main art project has been an intervention with street wire artists in southern Africa, working in a co-operative fashion to secure recognition and new markets for their work.

Image: Ralph Borland The process of building the first Dubship, weaving wire around a steel structure.

The Black Starliner project was conceived at a time when Borland was working on a project called SPACECRAFT, making Star Wars spaceships in wire, and he was also turning out automated wire art animals for a project called African Robots - both projects that "play on the translation of western pop culture into vernacular cultures on the global peripheries," in Borland's words. "A lot that was in me and around me at that point found expression in this idea of an interactive electronic, music-making spaceship sculpture," he said. In a word, serendipity.

The Dubship was designed using virtual reality (VR) software, and it had always been Borland's intention to take the exhibition back into VR, an idea that was sharpened by the Covid-19 pandemic and the mass movement from physical to online social interactions. Between one Covid-19 wave and the next, Borland invited me to experience the almost finished VR world, called Digi-Dub Club, at the Woodstock studio of Jason Stapleton, his main collaborator.

Amid dozens of monster figurines and a very smart-looking coffee machine, Stapleton - with a time traveller's wire rimmed glasses, and sporting undercut long hair - gave me a quick primer on VR, disinfected a headset he was holding, and showed me how to tighten it at the back. My world became a perpetual night time, dark desert sands beneath a vault of stars. I used hand controls to turn, and a bright shape entered my view - the Dubship, all lit up, hovering in space.

The track from the physical exhibition played in my ears, a bit like the groaning of ship timbers. The animated musical parts were luminous - box jellyfish, or spectral lungs. A couple of Borland and Stapleton's friends logged in from other cities, an unexpected development that produced a twang of social anxiety.

Rick Treweek, avatar name Metaverse Rick, and Sean Devonport, aka Tonetastic, called out greetings and pottered around. Stapleteon, as the avatar Phace, dropped in and led us over to the world's most prominent feature - a dancehall inside the broken off tail of a rocket. He and Tonetastic started kidding around on the dance floor, busting moves and changing avatars. Phace became a horizontally floating wraith at one point, then a goblin puffer fish.

Image: Ralph Borland Amid the illusion of dark desert sands beneath a vault of stars in a virtual-reality studio in Woodstock, Cape Town, a Dubship hovers in space.

The friends - all members of the local VR community Metaverse Crew, founded by Treweek - discussed parties they wanted to host in the club. "Show him the mixer," said Borland, speaking into Stapleton's mic, and we variously walked and wafted towards a disc of light next to the Dubship, which turned out to be a highly detailed sound mixer. "Still in development," said Devonport. "Ultimately it will allow mixing of the Dubship's sound components." He then drew me towards a fire burning on the black dune sands, which crackled and hissed when we came near. "A blending of four fire sounds," said Devonport. Strangely, it felt warm.

Phace, meanwhile, had gone over to a shipping container, which functions as the world's entry port. When pressed, a button on the container wall activated a short documentary about Garvey's shipping company. I began to feel seasick. "It happens," said Phace. "VR makes you spatially present in a different space. It's a fundamental shift in perception, like moving from black and white to colour."

A portal was opened, and we wandered through corridors into a virtual meeting space high up in a skyscraper. I was shown a digital mirror, where I glimpsed that my own avatar was skull-faced, and wearing  a hoodie. I started feeling very ill, and wandered over to the window in search of air, but went too far and fell out, to my death, only to re-spawn in the lobby. I dragged off the headset, and asked Stapleton to kindly bid the others farewell.

Outside, an occasional taxi hooted on Main Road, and although we didn't know it at the time, a Covid-19 variant called 501Y.V2 was already spreading. The former world, which had ended in March 2020 with SA's first hard lockdown, was about to recede in the rear-view mirror at an increasingly rapid rate.

Had I just glimpsed the future of chance encounters? Most VR platforms are relatively borderless, you can wander between worlds - 25,000 worlds on the VRChat platform
on which Digi-Dub Club is hosted - encountering all kinds of individuals, communities, possibly even sub-cultures.

Borland considered the question, and agreed that physical space still has the edge. He later wrote, "It's a certainty that virtual spaces are not yet complex enough to replicate the encounters thrown up in physical space, especially the dense layering of history in cities, but VR does offer us the prospect of magical realms that exist alongside ours."

My route home passed an encampment of would-be Tanzanian stowaways, and a different kind of exploded view: a set of clothes, from socks to beanies, drying on a highway embankment. There's no telling what Garvey would make of Borland's work, but if he were alive today and travelling the streets of Cape Town, I reckon he would be heartbroken.

• The next landing of the Dubship will be at the Dakar Biennale in 2022. Find out more at dubships.spacecraft.africa. Borland is also working on a research project for the Institute for Humanities in Africa, University of Cape Town, investigating the social impact of emerging technologies in Africa.