Rossi staying in MotoGP for another year with Petronas Yamaha 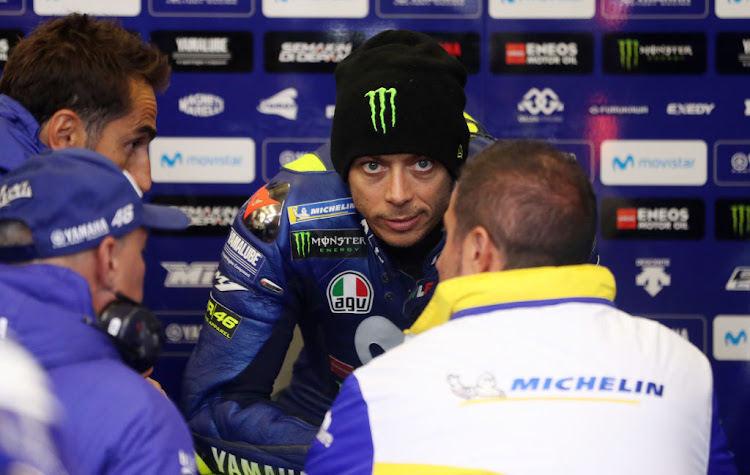 Yamaha said the 41-year-old nine-time world champion would have the Japanese manufacturer's full factory support at the satellite team.

"I thought a lot before taking this decision, because the challenge is getting hotter and hotter," said Rossi in a statement ahead of the Catalan Grand Prix at Barcelona's Circuit de Catalunya.

"To be at the top in MotoGP you have to work a lot and hard, to train every day and lead an 'athlete's life', but I still like it and I still want to ride."

Rossi will swap seats with French rider Fabio Quartararo, who is taking his place at the factory Yamaha team alongside Spaniard Maverick Vinales. That deal was announced in January.

The Italian had been expected to sign up for another year after this month dismissing speculation that he might retire at the end of the season.

Rossi, who has seven titles in the top class, is the only rider to have competed in more than 400 grands prix.

He also boasts the longest winning career, spanning more than 20 years between victories, with 89 wins in the top category.

"We are delighted that Valentino will be staying in MotoGP for another year, and we are sure the fans of the sport feel the same way," said Yamaha Motor Racing MD Lin Jarvis.

"This current and final season with the Factory Yamaha Team is his 25th in the motorcycle grand prix racing world championship and his 15th year with Yamaha.

"Early on we assured Valentino that, should he stay in MotoGP for 2021, Yamaha would continue to give him full support and a Factory YZR-M1. In the end, this is exactly what he decided to do."

Jarvis added that it would not have been appropriate for a rider such as Rossi to call it a day at the end of such a Covid-19 ravaged season.

Rossi said Petronas Yamaha had shown themselves to be a top team and were serious and well organised. He will team up there with Italian Franco Morbidelli.

"It'll be nice to have Franco as my team mate, as he's an Academy rider, it‘s going to be cool. I think we can work together to make good things happen," said Rossi.

Domenicali to replace Carey as F1 CEO from January

Formula One need not fear any Ferrari favouritism when the Italian team's former boss Stefano Domenicali replaces Chase Carey as chief executive in ...
Motoring
1 year ago

Haas F1 could try out Mick Schumacher and Ferrari juniors

The US-owned Haas Formula One team could give Mick Schumacher and other Ferrari Academy drivers Friday practice slots this season as they consider ...
Motoring
1 year ago

Alonso ready to help Renault at race weekends this year

Twice world champion Fernando Alonso said on Thursday he hoped to attend some races this year to help Renault with "anything they may need" before ...
Motoring
1 year ago