A change to car-ownership rights could spur EVs in Singapore 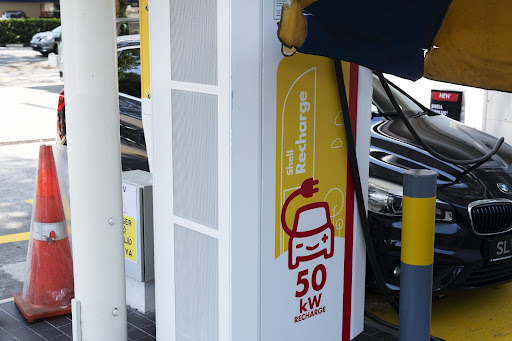 Buying a car in the city-state is prohibitively expensive but one rule tweak could make a difference to electric vehicle adoption.
Image: Bloomberg

Singapore has big ambitions to have 100% of the vehicles on its roads powered by cleaner energy by 2040, and EVs will obviously have to be a big part of that.

However, what most people outside Singapore probably don’t know is that owning a car in the city-state, electric or otherwise, is very expensive.

That’s because when a person buys a new or used car in Singapore, they also have to buy the right to the vehicle ownership for 10 years. It’s called a certificate of entitlement, or COE, and the purpose behind them is to regulate the number of cars on the island.

The price of a COE fluctuates depending on demand. Auctions are held twice a month and the certificates are divided into five categories depending on engine capacity and vehicle use. A Tesla Model 3, for example, costs around S$77,990 (roughly R891,447), excluding taxes, in Singapore but a COE for the car is around S$90,002 (roughly R1,030,397), more than the car itself. A Tesla Model 3 in the US starts at about $48,190 (roughly R764,392) by comparison.

That prohibitive expense is reflected in Singapore’s EV adoption rates. Only 2,942 electric cars were registered in the city-state last year, up from 1,217 in 2020 but only a fraction of the 645,150 cars registered in 2021.

Things could start to change this month. That’s because from May 4, some EVs will be moved from category B (generally reserved for cars with larger engine capacities) to category A, typically the segment that attracts the lowest COE premiums. Because electric cars tend to be relatively powerful to compensate for their weighty batteries, even mass-market models were being tipped into the higher category, where bidding from luxury car buyers can also make things more expensive.

In future, instead of paying S$90,002 (roughly R1,030,397), the COE drops to S$68,699 (roughly R786,510). Of course, these prices will vary at auction but it’s a move authorities in Singapore hope will entice more consumers to make the switch when it comes to replacing their ageing combustion engine car. According to local media reports, the change will double the number of electric models that fall within category A to 20 from 10.

Another issue Singapore needs to tackle in tandem with EV purchase rates is charging infrastructure. Like many other places, a lack of EV chargers is a significant barrier to adoption and a particular problem in densely built up Singapore, where most people live in high-rise apartment buildings.

The government has said all public housing car parks (more than 80% of Singaporeans live in public housing, or housing and development board flats) will have at least three EV charging points by 2025. Charging points are also cropping up in shopping centre car parks and the like, and tenders have been issued to install outlets in private housing, or condominium basements.

There are other measures too — such as extending the statutory lifespan of electric taxis to 10 years from eight, and pledging that half of public buses will be electric by 2030. All are instrumental to Singapore’s green goals, but convincing the general public to give EVs a go is a critical step.

Tesla is recalling about 48,000 Model 3 Performance vehicles in the United States because they may not display the speedometer while in "Track Mode", ...
Motoring
3 weeks ago

Tata maps out long-range EVs for India and beyond

Tata Motors said on Friday it plans to launch electric cars with a minimum range of 500km and advanced technology features, targeting buyers in India ...
Motoring
3 weeks ago