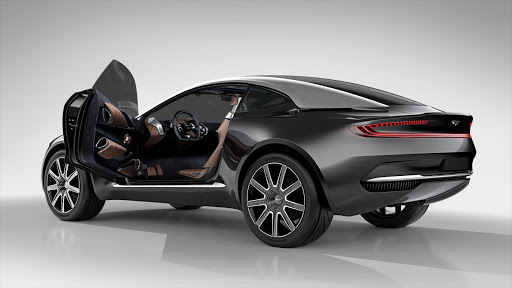 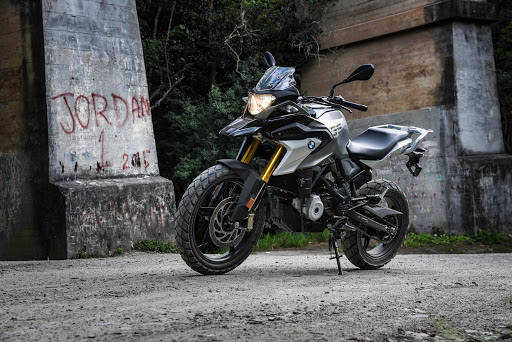 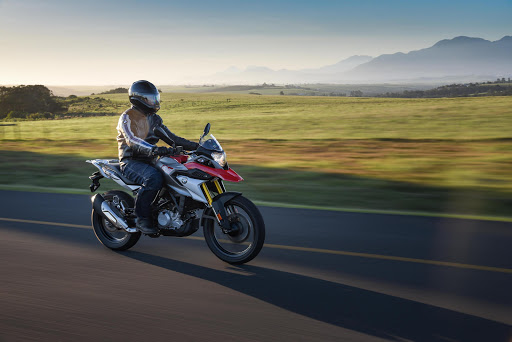 Maybe it’s early Alzheimer’s kicking in, but didn’t you test this bike before?

Nope. You must be thinking of the G 310 R, which is essentially the street-going version of the bike you see here. In comparison the G 310 GS has been set up to allow its rider more freedom and flexibility when it comes to road surfaces. The suspension is not only softer but offers up more travel.

The saddle is higher and there’s more ground clearance. This means you can leave the urban asphalt and venture down that dirt road without having to worry about breaking anything. There’s also a small windshield enshrouding the instrument cluster — a sign that BMW indeed expects you to take the GS version on longer forays.

Um, the wheels don’t even have spokes – can you really take it off-roading?

Well spotted. Yes, any off-road bike worth its salt should have spoke wheels for maximum durability across gnarly surfaces. So from this point of view the 310 GS is already at quite a disadvantage. However, we must remember it was never built to tackle the Roof of Africa. It’s a soft-roader designed for exploring dirt and fire roads, and at these disciplines it certainly excels. I cut through some veld in and around the Knopjeslaagte River and was impressed at how nimble the little 310 GS felt.

Whether navigating sandy footpaths or rock-strewn grassland, its lack of mass and pliant suspension inspired confidence. Not once did I feel intimidated, which is important if, like me, you’re new to riding motorbikes off the beaten track. The handlebars are quite low so I found standing up on the foot pegs difficult. But as you’re already sitting high there’s no real reason to stand up. Another handy feature is the switchable ABS. Absent on the R model, you can quickly turn the ABS off for better off-road braking performance.

Stupid question, but does it feel compromised when you’re riding on-road?

Let’s just say that the 310 GS doesn’t feel as sporty as its street-oriented R sibling. Particularly upon corner entry and under braking where that squishy, long-travel front suspension necessitates a smoother and more considerate riding style. Still, be this as it may, the 310 GS is still bags of fun on the black stuff and I often found myself going for a burn around the neighbourhood just for the hell of it. When last did any vehicle, be it of the two or four-wheeled variety, make you do that?

Now whereas the lighter R model felt a teeny bit quicker off the mark (it has 11 fewer kilograms to haul around), the GS was notably more comfortable. Not only from a riding position point of view (more upright) but also in the way it dispatched poor road surfaces, speed bumps and potholes. In this respect it’s absolutely ideal for navigating our crap Johannesburg streets.

The free-revving 313cc engine provides peppy acceleration and it’s easy to get ahead of the traffic from a standstill. The gearing is on the short side though, which means that cruising at the national limit doesn’t leave much in the bag for overtaking. So even though the 310 GS is up for longer rides, don’t expect to dispatch them very quickly as this bike is happiest sitting at around the 110km/h mark. Maintaining anything higher gets a bit too frenetic after a while.

So — still no build quality issues? I mean it’s built in India after all...

Oh, gosh, that old chestnut (insert eye-roll emoji). Much like with the R, the 310 GS seemed to be every bit the quality BMW product when it came to fit and finish. One thing that did frustrate me, however, was the fixed headlight (as opposed to the headlight on the R that moved with the handlebars) that jiggled around when I steered the bike down uneven surfaces. Upon closer inspection I found it wasn’t mounted inside its bracket particularly well. I don’t know if this was a problem with my test bike or if they’re all like this — either way it’s annoying and not in keeping with the bike’s premium image.

Here’s a tricky one – which of the G 310 twosome would you rather have?

This is a tough question as I thoroughly enjoyed both the 310 R and GS. The less hefty R is more at home (and maybe more fun) through our city streets and has a slightly more playful streak. I also think it looks better: I could happily park it inside my lounge and gaze at it lovingly whilst nursing a Scotch.

Despite lacking some of its sibling’s focus, the 310 GS sports a versatility that’s hard to ignore. Within reason you can take it anywhere. The City. The Karoo. A slow three-day jaunt down to the coast. Wherever you point its nose this baby GS will go with that unadulterated sense of freedom only an adventure motorbike can give. And for that reason alone I think it’s probably the one I’d pick. – Thomas Falkiner