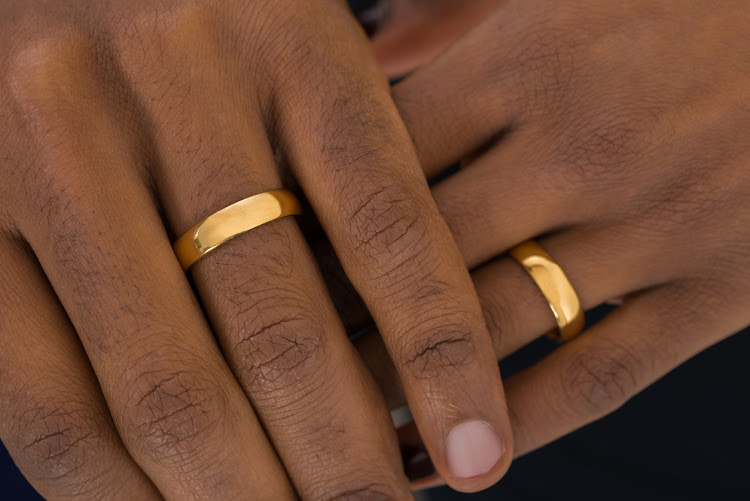 With South Africa being a patriarchal society‚ women not taking on their husbands’ surname may well be frowned upon‚ say local psychologists.
Image: iStock

Men are perceived as powerless and less masculine if their wives choose not to take their surnames after marriage.

That’s what a University of Nevada study found‚ after examining people’s perceptions of a man‚ based on whether his wife adopts his surname or retains her own.

Researchers conducted three studies in the US and UK.

Robnett said the tradition of women adopting their husbands’ surnames after marriage was arguably one of the most widespread gender norms in Western cultures.

“In recent decades‚ it has gained attention from feminist scholars who want to understand why the surname tradition remains widely endorsed despite marked changes in the role that women play in society and in the labour force‚” said Robnett.

“A women’s marital surname choice has implications for perceptions of her husband’s instrumentality‚ expressivity and the distribution of power in the relationship.

With South Africa being a patriarchal society‚ women not taking on their husbands’ surname may well be frowned upon‚ say local psychologists.

“Those who retain their surnames usually do so for professional reasons‚ and would often opt for double barrel names. Men who are accepting of this are usually secure in themselves and their sense of personal identity‚ self-respect and authority‚” Artus said.

“In a culture with a strong sense of patriarchy‚ however‚ men might feel threatened‚ disrespected and even rejected when - in those cultures - women do not take the names that identify them as part of a new family.

“In such cultures when a woman does not take on her husband’s surname‚ it can easily be seen as a sign of rejection‚ of insubordination‚ of dishonour or disapproval of either her husband or his family.”

Dr Lori Eddy‚ of the Sandton Wellness Centre‚ said the psychological impact on men would vary depending on the particular man’s view of the topic and the reasons that his wife decided to keep her own surname.

“There are various reasons that women decide to keep their maiden surnames‚ for example‚ wanting to carry on the family name if there are no male heirs‚ or wanting to keep their name for professional reasons‚” she said.

“It is not always to do with shifting a balance of power and the psychological impact will be dependent on the couple’s relationship and any direct negative societal reactions.

“Most social change is initially resisted. It would be useful for society to view women keeping their maiden names as being part of empowering women‚ versus the disempowering of men.”