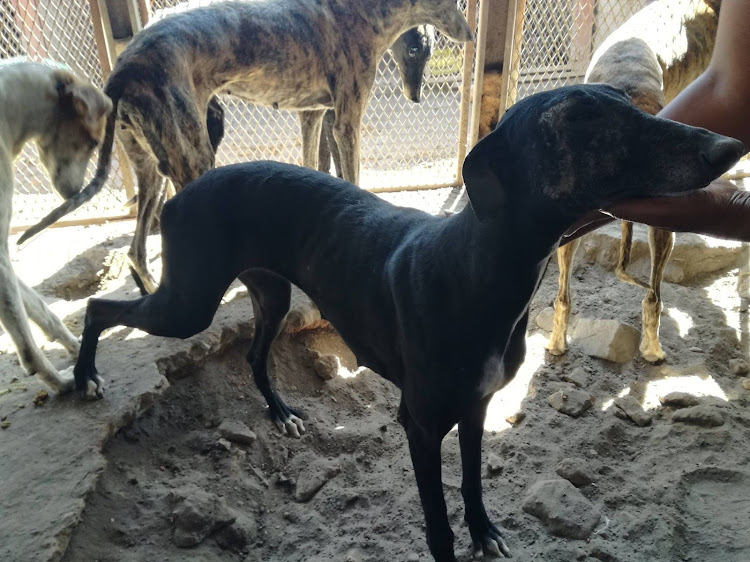 Some of the greyhounds that were rescued by the NSPCA from a property in Mahikeng on Tuesday.
Image: Facebook/NSPCA

The National Council of Society for the Prevention of Cruelty to Animals (NSPCA) will open a criminal case against the owner of a property in Mahikeng in the North West, who allegedly kept 43 greyhounds in "horrendous enclosures" without access to water.

The NSPCA said on Tuesday that inspectors from its special projects unit had obtained a warrant after receiving a complaint regarding underweight Greyhounds living in shocking conditions.

There were also allegations that the owner rented out the dogs for hunting - a claim the owner denies.

Three greyhounds were rescued on Boxing Day from severe dehydration after being transported in the back of a bakkie, covered by a tarpaulin, during ...
News
3 years ago

The NSPCA said that inspectors arrived at the property on Tuesday to find 43 greyhounds confined in “horrendous enclosures” without access to water.

“The dogs were forced to live in enclosures that were unkempt and parasitic. Some of the dogs were underweight, some had old wounds that were left untreated and had become infected,” said the council.

The organisation's inspectors also found that:

The inspectors removed 20 dogs due to their poor condition and issued a warning to the owner for the remaining animals.

“The NSPCA was informed by members of the public that the owner of these dogs allegedly rents them out for the purposes of hunting wild animals, although the owner denies this, claiming that he owns and breeds these dogs for the love of the animals.”

The NSPCA said apart from laying charges against the owner, it would continue to undertake follow-up inspections to ensure that conditions there drastically improved.

As animal welfare organisations prepare for their busiest time of year, clinics and veterinary services are facing the added burden of an outbreak of ...
News
3 years ago

Load-shedding a disaster for animals and farmers, says NSPCA