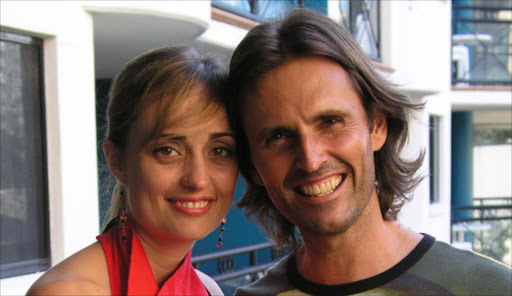 Alan John Miller and Mary Luck, who claim to be the reincarnations of Jesus Christ and Mary Magdalene.
Image: Divine Truth

A former IT specialist in Australia is claiming to be the reincarnation of Jesus Christ, and his partner the repentant prostitute Mary Magdalene, according to reports.

Alan John Miller of Kingaroy in the state of Queensland, runs a religious movement known as the Divine Truth from his home, says Sky News.

Miller claims that not only is he Christ, but his partner, Australian Mary Luck, is in fact Magdalene, who, according to the Bible, was present at the crucifixion and was said to be the first person to see Christ after he rose from the dead

He has tailored his appearance to match conventional depictions of Christ, and claims he now has 30 to 40 people living on site who have flocked to the Divine Truth movement.

According to the Daily Mail, the presence of Miller and Luck has sparked a property boom in the area - appropriately dubbed Queensland's Bible Belt.

Some 30 followers have aggressively bought much of the land surrounding Miller's compound, where he has been living since 2007, leaving very little available to locals.

His disciples also joined forces in 2009 to buy a $400 000 property where they hold weekly meetings and plan to build a centre for international visitors.

Whilst critics dismiss his claims the seminars attract large groups of people, up to 150 a time.

Police are said to have been called to investigate screams, only to discover members taking part in a healing exercise where they shout to help process 'past soul damage'.

Australia's Cult Awareness and Information Centre and the Anglican and Catholic churches are concerned that the couple are drawing in vulnerable people searching for meaning in life.

“My name is Jesus and I'm serious,' Miller says. “Just a little over 2 000 years ago, we arrived on the Earth for the first time,” the Daily Mail quotes him as saying.

“Because of my personal desire and passion for God, as I grew, I recognised not only that I was the Messiah that was foretold by ancient prophets, but also that I was in a process designed by God that all humans could follow, if they so desired.”

Miller, a divorced father-of-two, claims that he was Christ in a past life. He said his first marriage broke down when he 'began to remember details' of the supposed incarnation.

He told Sky News: "I have very clear memories of the crucifixion, but it wasn't as harrowing for me as it was for others like Mary who was present.”

After his crucifixion the Australian claims he entered the spirit world where he met Plato, Socrates, popes and presidents.

He said: "I did resurrect quite a number of people ... including a friend of mine Lazarus, who most people know is mentioned in the Bible."

British woman Louise "Luli" Faver, 39, is a former neuroscientist who has given up her career to be closer to the couple.

She believes Miller has helped her become happier and more fulfilled in life.

Some, however, are concerned - like Reverend David Millikan, who has met Miller and has studied cults for 30 years.

He said: "The danger is you'll be drawn closer and closer into his web to a point that you lose access to your social life, you spend all your money, you'll have the curses of all your family ringing in your ears and you may well lose your relationship."

But Miller says he does not demand anything of those who come and listen to him speak. He claims donations are welcome, but not obligatory.

He added: "There were lots of people in the first century who didn't believe I was the Messiah and were offended by what I said - and in fact I died at the hands of some of them.

“Unfortunately they didn't learn love either and my suggestion is, even if you don't believe I am Jesus, at least learn how to love.”

Luck admits her family have not supported her relationship with Miller.

She said: "My parents became very afraid simply because [Miller] was saying he was Jesus publicly and by their own admission they feared for what my life would be like.

“They also had some fundamental issues with looking at emotions which is core to these teachings."