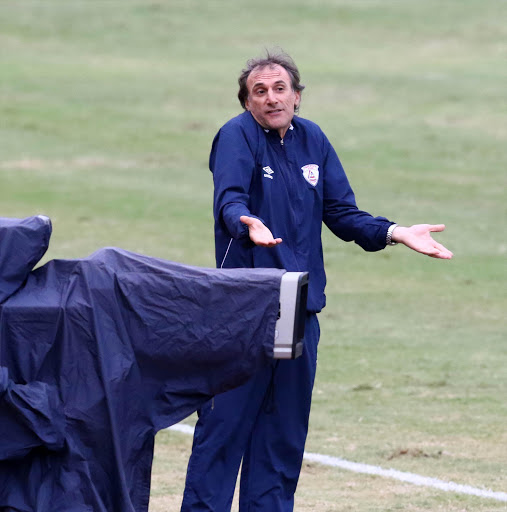 Solinas replaced Ernst Middendorp in December last year and he leaves Stars having finished 12 on the log table with 35 points from 30 matches.

He guided Ea Lla Koto to the semi finals of the Nedbank Cup, where they lost 4-2 to Orlando Pirates.

“It is with great shock and sadness to have to announce the coach’s sudden resignation from the club with immediate effect,” Stars’ general manager Rantsi Mokoena said in a statement.

“The coach has cited personal reasons for his sudden resignation and we have explored all possible avenues to try and help but we were unfortunately unable to assist.

Mokoena said Solinas approached management two weeks and made his intentions to quit at the end of the current season well know.

“We as a club will make the necessary announcements in due course with regard to his replacement and any new player’s signings for next season,” said Mokoena.