Mervyn Dirks wants Ramaphosa to address allegations of misuse of state funds, but the chief whip is having none of it 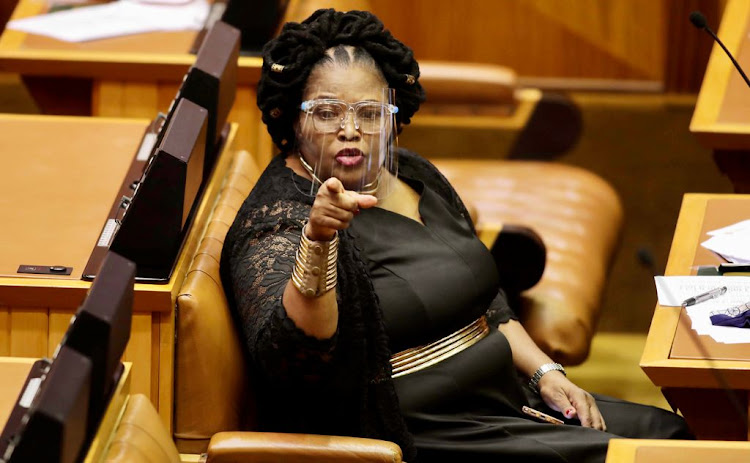 A bid by ANC MP and Radical Economic Transformation (RET) loyalist Mervyn Dirks to have President Cyril Ramaphosa hauled before parliament’s finance watchdog has been dealt a blow.

Dirks wants Ramaphosa to appear before the Standing Committee on Public Accounts (Scopa) over allegations he knew about — and took no action against — the misuse of state funds for ANC campaigning.

He wrote to Scopa chair Mkhuleko Hlengwa regarding the allegations, which could have resulted in Ramaphosa being brought before the committee.

But Dirks’s own party has taken aim at him.

Its chief whip demanded a letter Dirks wrote to Hlengwa be withdrawn by no later than 9am on Tuesday.

The letter, signed by ANC chief whip Pemmy Majodina, reads: “Further to the resolution that Strategy would meet once Scopa Study Group members had left the meeting, this serves to advise that the necessary deliberations took place.

“With regard to the letter written by yourself to the chairperson of Scopa ... you are hereby instructed to withdraw said letter, and to share your letter of withdrawal with the office of the chief whip no later than 9am tomorrow morning, Tuesday, 18 January 2022.”

Sunday Times Daily understands Dirks responded to Majodina’s letter, and that his missive to Hlengwa has not been withdrawn.

Is my letter in conflict with my oath of office and what informs the decision to instruct me not to play my oversight role?

Sunday Times Daily reported that Hlengwa said Dirks would be given a chance to present his case.

Dirks wrote to Hlengwa asking that his committee summon Ramaphosa, after a leaked recording of an ANC NEC meeting at which the president spoke about the use of state money for certain campaigns in the lead-up to the 2017 ANC elective conference.

In the recording Ramaphosa can be heard saying: “One of the officials said as these people from the State Security [Agency] testify [at the state capture commission], one of the officials said soon they will be revealing about how money was used for some campaigns, and I said I would rather they say you got money from this business for CR17 than for the public to finally hear that their public money was used to advance certain campaigns.”

In his letter to Hlengwa Dirks implies Ramaphosa might have committed perjury when he failed to alert the Zondo commission to his knowledge of allegations of abuse of state funds.

“This statement by the president [in the leaked audio] has far-reaching implications for our fight against corruption and maleficence. In fact, it leaves the president’s own ‘New Dawn’ project in tatters,” he wrote.

“Furthermore, the president appeared before the Zondo commission under oath and withheld this damning information. Does this amount to perjury? The admission by the president of his knowledge of corruption and his refusal to divulge it will definitely make the final state capture report questionable and render it as not worth the paper it is written on,” said Dirks.

Hlengwa told Sunday Times Daily he could comment on the letter as it had not been communicated to him officially.

Sunday Times Daily has seen Dirks’s leaked response to Majodina, in which he requested to be furnished with reasons as to why he had to withdraw his letter.

“Any instruction by my party, the ANC, which I love, needs to pass constitutional muster since we have a constitutional democracy at this juncture and not a parliamentary democracy,” he wrote.

Furthermore, Dirks told Majodina that the instruction to withdraw the letter “should not be based on factional considerations but instead, it should be based on governance and law as it is required by all who took the oath of office and swore allegiance to the constitution, to uphold it, and not any individual party political interests.

“Please note that I am not defying an instruction from the ANC but in light of the accusations which were levelled against me at the meeting, I need to be informed in writing of the reasons why the ANC strategy took the decision to instruct me to withdraw the letter.

“Also please indicate to me in writing, if my letter is in breach of any parliamentary rules and procedures or in conflict with the constitution of the country which is the supreme law. Is my letter in conflict with my oath of office and what informs the decision to instruct me not to play my oversight role?”

He told Majodina that he was considering her instruction.

ANC acting caucus spokesperson Nomfanelo Kota said that there was no caucus meeting over the matter.

“This is indeed an internal matter that the office of the chief whip remains seized with. We are not at liberty to get into the details of the matter through exchanges in the media,” said Kota.