By , , rea nagel AND Andrea Nagel

It's a phrase that entered the South African lexicon on May 25 last year when President Cyril Ramaphosa gave his inauguration speech, declaring, "Having taken the path of office I am saying yes, South Africa thuma mina (send me)."

At that moment he became the "Thuma Mina" president. There was genuine inspiration in the words. Those of us who grew up on comic-book heroes thought we understood what he was saying: "If there's a problem, send me!" But no president really behaves like a comic-book hero, despite our eternal optimism, and soon the phrase started to sound a little flat.

It was shortly after speaking to singer and musician Vusi Mahlasela about the recent release of his live album, Shebeen Queen, that I came into contact with Lance McCormack, who's been involved, through Sony Entertainment, with some great South African musicians for years.

"Did Vusi tell you about the current project he's involved in?" asked McCormack. "It's a project to reclaim Thuma Mina from politics and give it back to its rightful owner: Hugh Masekela and the people," he said with a laugh. "We've put together a helluva team to do it."

Remember anthems like Band Aid's We Are The World and USA for Africa's Heal The World, which featured some of the most famous artists of the time - Michael Jackson, Bruce Springsteen, Tina Turner, Billy Joel and many more? More than 35 years after these anthems sold millions of copies around the world to raise funds for starving people in Ethiopia (which was experiencing a terrible drought at the time), SA is doing something similar - getting a great group of artists together to make a statement.

The difference is that in our case, we're doing it for ourselves.

To re-release the song Thuma Mina, written and first performed by Masekela in 2002 Hugh Masekela, an upbeat cacophony of some of our most loved musicians have come together, calling themselves The Masekela All-Stars. Vocalists include the legendary Abigail Kubeka and Mahlasela, with the younger generation of stars represented by Thandiswa Mazwai, Zolani Mahola and J'Something.

Masekela's nephew Selema Writes was roped in to add a new rap section that calls on South Africans to take action against gender-based violence.

"When he was alive, my uncle started the Hugh Masekela Heritage Foundation to preserve and promote African heritage represented through art, languages, music and cultural practices," said Writes. "He wanted to create a space for the safekeeping and proliferation of our heritage as South Africans and to protect the legacy of what it means to be an African in these modern times." 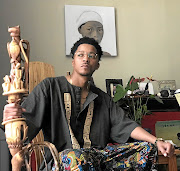 Writes said that for him, this project was a continuation of the mission of his uncle's foundation.

"There's been a strong attack throughout history on African cultures. African people have been oppressed as slaves, had their culture dominated by colonialism and been sidelined by the Western canon. My uncle's undertaking with the foundation was an honourable and timeous one, which is mirrored in the way he made his music - it celebrates the music, lyrics and languages from our various cultures that unite us as a nation."

The song starts with the lyrics, "I wanna be there when the people start to turn it around," said Writes. "They suggest a responsibility to help our people overcome the historical, political and socioeconomic issues that we're facing as a country. The song references Aids, violence, poverty and gender-based violence and highlights themes of self-sacrifice, individual responsibility and the importance of a personal change in our mindsets, the protection of women and children and a more balanced and equal society. All of those things are more important than ever at the moment."

Writes said the recording ran smoothly despite the fact that so many artists and musicians were involved. Masekela's last touring band, Johan Mthethwa, Fana Zulu, Cameron Ward, Godfrey Mgcina and Leeroy Sauls were involved, plus there was the entire horn section from Marcus Wyatt's Bombshelter Beast.

"As a trumpet player there's such a connection with Bra Hugh," said Wyatt. "Over the years I've often spoken to Selema about music and about Bra Hugh. To be asked to play on this project was a no-brainer. Who'd say no to Bra Hugh, even when he's not around?

In the original song there was a strong statement about solidarity, about wanting to help and to be in a position to help. During this crazy pandemic, it resonates now more than it has in a long time

"In the original song there was a strong statement about solidarity, about wanting to help and to be in a position to help. During this crazy pandemic, it resonates now more than it has in a long time. If more people could approach life in the same way I'm sure South Africa would be a better place."

The new arrangement was by South African Music Awards winner Zwai Bala and was produced by Grammy winner JB Arthur with the help of Robbie Brozin's Flame Studios, a recording hub being built beneath the ramparts of the Old Fort on Constitution Hill in Johannesburg. McCormack is the studio director.

The project to record what's being called The People's Version was initiated by Constitution Hill in partnership with the Hugh Masekela Foundation.

"The song is a kind of anthem about ubuntu," said Arthur. "We're so in need of a pulling together in this country. We have a leadership vacuum and a void of moral responsibility. In a way, it's more dangerous than what the country has been through before because it eats at the soul of the nation."

Arthur said he sees the song as a reclamation of the phrase.

"Politicians, not just here, but throughout the world (there are horrendous examples of it in the US) take phrases from creative arts and make them part of their own agendas without any thought of what's behind the original idea and the phrase. We need to acknowledge what the words really mean - so much more so because the leaders in the higher echelons of our government have said so much and done so little.

"That's the essence of the tragedy of leaders using a phrase like thuma mina, which has such power in terms of its potential to change what's wrong with society. When it's used glibly as a slogan we should be outraged. The message of the song is deep and very wide. It speaks to the heart of our society. It challenges everyone to participate, not just with words but with deeds and actions. Exactly, ironically, what the government isn't doing when they say the words. It's an insult to use the message of a phrase like this, in the context of Hugh Masekela's song. It allows politicians to justify their abdication of responsibility. That's just not OK."

Arthur said they decided to add Writes' rap section to deliver a hard-hitting, condensed version of the original. "He's so connected to the song's heritage being Hugh's nephew, his blood," said Arthur. "For the video we had Bombshelter Beast marching with their brass instruments on the ramparts of The Fort at Con Hill. It symbolises the power of the streets."

Singer Zolani Mahola said it was amazing to be at Constitution Hill: "It felt like the past, present and future all coming together," she said. "I feel like part of a long line of strong people who used their voices, like Bra Hugh and Mandela, to fill these halls. I feel connected to the youth who feel they don't have a voice. I want to tell them, you do have a voice - you need to use it."

Selema said he stayed behind after his recording session to hang out with "Ma Abigail, Bra Vusi and Sis Thandiswa - these absolute legends of South African music who have contributed in such an enormous way to our collective heritage. They get the meaning of the song, which asks: how do we deal with others as humans? How do we see and respect each other's differences?"

Kubeka, who was with Masekela when he first recorded the song, said on being asked what he would think of this new version: "He's smiling in his grave and saying, 'That's it. I did it and I'm doing it again'."

According to professor of theology Tinyiko Maluleke, "Masekela was one of the most astute interpreters of the social issues of his times. The themes of poverty, HIV and Aids, drug addiction, violence, abuse, migration, dictatorship and hope in his music were a direct result of his sensitivity towards the marginalised and his alertness to social issues." 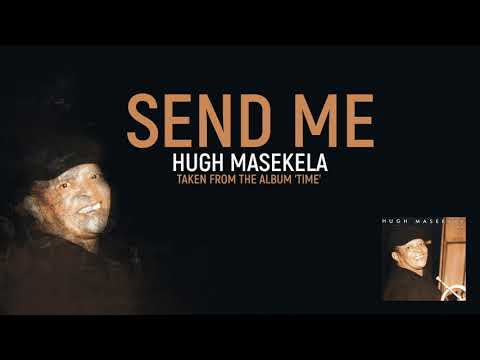 Writes said his uncle embraced a lot of different South African and African sounds and fused them together in his own way to convey the creativity and particularity of his own voice. "He combined Sophiatown jazz, traditional music from Nigeria, mbaqanga - sounds from all over Africa, and blended them together to produce a unique brand of jazz, with a message."

Thuma Mina (Send Me), said Maluleke, was originally a church song. "It speaks to popular themes in African churches that have stood the test of time - recruiting others to a changed lifestyle or evangelisation, taking individual responsibility, personal change (repentance) and personal sacrifice," he said.

It's about "a willingness to be sent to carry out a task or mission, and the capacity to muster the obedience and discipline necessary to accept being sent. The words are based on a recognition of the power of personal change and agency, the courage to choose a noble cause."

In the SA of the Jacob Zuma era, Maluleke said, "people no longer wanted to say 'Send Me' unless there was something in it for them".

The collective talent that's produced this song said they want it to symbolise a change from that way of thinking.

"The new arrangement is all about paying it forward," said producer Zwai Bala. "It reminds us that, as a nation, we are still together."