This year marks the centenary of the birth of the inventor of bebop, a jazz form that shifted the meaning and trajectory of the music for good 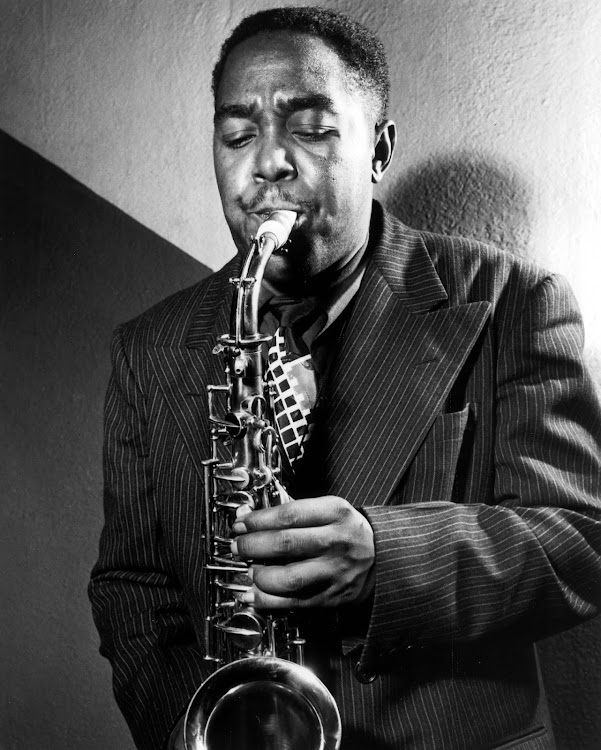 On March 12 1955, jazz giant Charles 'Bird' Parker exhaled his final breath and died at the age of 34. His death marked the end of a short, brilliantly consequential career in jazz. Parker is credited with the invention of bebop, a jazz form that shifted the meaning and trajectory of the music for good. This year, the jazz world rises to celebrate his centenary and legacy.

In SA, it's impossible to think about Parker without considering his singular disciple, alto saxophonist and composer Kippie Moeketsi, whose statue sits in Joburg's Newtown Precinct near the Market Theatre.

The latter, inspired by the former, nourished our collective aspiration during the time called "high apartheid". Moeketsi, often referred to as "SA's Charlie Parker", to his chagrin, was a central figure in the generation that established South African Jazz as truly popular music, not an elite genre. This way, jazz became a key ingredient to how dreams of freedom were sounded out in the land of the fallen rand.

At a human level, Parker and Moeketsi are remarkably comparable. They both struggled with rapacious appetites - a hunger for life that was both the spring of their respective creative clarity and their undoing. Parker died in part due to the toll drugs and alcohol took on his body; Moeketsi was dejected and booze-beaten when he succumbed to death in 1983. They were both famously moody and developed reputations for unreliability that affected their respective livelihoods. But the world has seen few musicians as exceptionally committed to their craft as they were.

Though Moeketsi would later lead the iconic Jazz Epistles with Abdullah Ibrahim on piano, Jonas Gwangwa on trombone, Hugh Masekela on trumpet, Johnny Gertze on bass and Early Mabuza or Makaya Ntshoko on drums, he shot to prominence as a member of the historic band, Shantytown Sextet, led by the late, great Mackay Davashe on tenor sax. 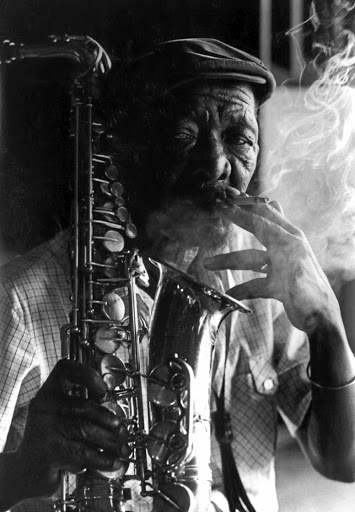 In 1956 the band had a bad run in Cape Town during a fateful national tour. Pianist Todd Matshikiza abandoned the band to go work on the music for what would become King Kong, the theatre production that launched the international careers of Miriam Makeba,
Masekela and others.

Moeketsi and Davashe invited a little-known pianist, Ibrahim, then known as Dollar Brand, to join the band. Moeketsi and Ibrahim shared an unrivalled seriousness about music. Their friendship empowered Moeketsi to reshape the band's repertoire as it headed to dates in the Eastern Cape and beyond.

It's reported that Moeketsi told the band that "We are not going to play English music anymore. We are going to play indigenous music." This meant their brand of jazz would need to be steeped in local traditions and languages. It worked. The band found a path straight to the hearts and minds of all who heard them. Further, it became a democratising ingredient that allowed Moeketsi to experiment with bebop without alienating many audiences. His love for the music of Parker linked Moeketsi to his idol in irrevocable ways.

DEDICATION TO HIS CRAFT

The transformation of Parker from second-rate saxophonist to glorious giant of jazz began with great embarrassment in a Kansas City Club called the High Hat. Bird was attempting to join a local band on stage at a jam session. Bird was bad. They laughed him off the stage and Parker went home in disgrace. Later he told trumpeter Oliver Todd that the humiliation of that night moved him to "decide there and then that he would become the greatest in the world".

Jazz lore is replete with tales of how "you could hear saxophone pouring out of Parker's house any time of day you passed it". This is believed to be during the three to four years when the determined Bird spent 11 to 15 hours a day practising. This dedication to his craft is central to the price Parker paid for his place in the pantheon.

Parker's rise was completed with his arrival in New York in 1939. It was in New York that he would find his footing among great musicians of the time. Every player that mattered was in the city's clubs and jam sessions. This is where he could see, hear and learn from leaders of the craft.

In fact, it was during a jam session at Dan Wall's Chili House that Parker would reshape the future of jazz and its grand metaphor as democratic discourse. It's said that he had tired of playing the stereotypical chord phrasing tropes that were in vogue then. As he put it in a legendary interview: "I kept thinking there's bound to be something else. I could hear it sometimes, but I couldn't play it."

Ever persistent, Bird kept searching. One fateful night, he was improvising over the Ray Noble song Cherokee. He caught his eureka moment: "I found that by using the higher intervals of a chord as a melody line and backing them with appropriately related changes, I could play the thing I'd been hearing," he said. Bebop was born.

It was a simple but ground-breaking discovery that allows musicians to tell their own story in more exciting ways when soloing by opening up their sense of time. The only limit was the imagination of the soloist. As in democracy proper, the only limit is an individual's ability to master his own character in the pursuit of his potential. To get this, one must confront how the Parker breakthrough lifted the stakes for the idea of the individual as a measure of collective wellbeing in any society.

Those who heard Parker knew the music would never be the same. Trumpeter and composer Dizzy Gillespie said: "He had just what we needed. He had the line and he had the rhythm. We heard him and knew the music had to go his way."

Parker, once laughed off the stage, was at the pinnacle of the art form. Musicians everywhere devoted themselves to learning his new musical language like dutiful disciples. The great bassist and band leader Charles Mingus would memorialise this devotion with a song humorously titled Gunslinging Bird, and subtitled: If Charlie Parker was a gunslinger, there'd be a whole lot of dead copycats.

The invention of bebop and the reaction to it by traditionalists created a huge split in jazz and politicised the music as never before. Critics of the music, like trumpeter Louis Armstrong, made fun of beboppers. Tommy Dorsey, great conductor and band leader of the big-band era, denounced Gillespie and Parker and their followers as "musical communists".

Part of the alienating effect of bebop was due to the intellectual demand on listeners accustomed to jazz as dance music. It was brilliant but demanding music. Centrally, Bird had found a way to dare musicians to be artists concerned more with self-expression than with providing polite entertainment for guests at dinner. He lifted jazz into an art. Every form that's followed since has had to address itself to bebop in ways that even Parker died trying to surpass.

As jazz archivist and record producer Phil Schaap sees it, Parker's "later career is not just the end of a short run, it's an examination of the future unlived. He's determined to create a new revelation in music that would have the magnitude of his bebop breakthrough.

"And he is on the hunt and he's doing well ... and then the rug gets pulled out from under him."

Bushfire, Afrikaburn up in smoke thanks to Covid-19 — and Cape Town jazz fest also silenced

Three major festivals on the arts scene were postponed or cancelled on Friday because of Covid-19.
News
1 year ago

Every night for six months a group of children dressed in robes would visit Joseph Shabalala and sing to him in his dreams. Their words were ...
Lifestyle
1 year ago

FROM THE ARCHIVE | Masekela's love for South African languages

Hugh Masekela was terrified of losing his ability to speak South African languages during his 30 years in exile.
Lifestyle
3 years ago
Next Article