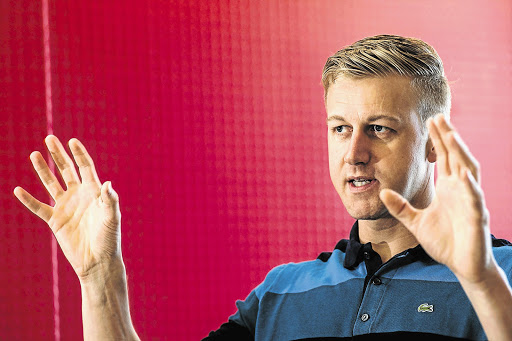 South Africans have on Saturday woken up to the news that Gareth Cliff has been fired from 'Idols SA' after being embroiled in a race debate on social media.

Earlier this week Cliff had Twitter on the attack for his comments regarding the post put up by estate agent, Penny Sparrow, where she referred to black people as monkeys.

When the question was posed on whether hate speech on social media could be criminalised, Cliff got into a debate about free speech.

Calls to boycott Idols were immediately thrashed about, with M-Net releasing a statement saying his future work was under review.

Cliff later apologised, wrote a blog post asking for constructive criticism, and held a debate on race on CliffCentral with DJ Fresh and advocate Dali Mpofu yesterday. (Listen to that here)

In the early hours of this morning, M-Net confirmed that Gareth would no longer be part of the panel, not elaborating on the reason, only thanking him for his contribution to the show.

M-Net's Statement
M-Net announced today (Friday, 8 Jan) that Gareth Cliff will not be part of the judging panel for Idols SA Season 12, which is due to commence with countrywide auditions at the end of January 2016.

M-Net thanks Cliff for the critical role he has played in seeking out and developing new talent over the years and for contributing to the success of the show to date.

Idols SA Season 12 will be screened on M-Net’s Local Interest channel Mzansi Magic which is available to both DStv Premium and DStv Compact viewers.

At the time of publishing this article, Gareth had remained mum on social media.  His team has refused to comment on the matter, but The Juice has it under good authority that Gareth is considering his legal options.

Although contracts had not been signed, Cliff's agent, Rina Broomberg, earlier this week confirmed to The Juice that Gareth had been asked to be part of the judging panel and had accepted.

The Juice understands that it is standard procedure to only sign contracts as auditions begin, and that Cliff has never entered a season of Idols with a signed contract, only written negotiations.

As news of Cliff's firing hits the public, questions have already been posed regarding a perceived double standard.  In December, fellow judge Somizi Mhlongo was also embroiled in a race issue that garnered massive public backlash.

The controversy began after Mhlongo posted a message on social media when calls for President Jacob Zuma to step down emerged. The calls came after the finance minister blunder, which saw Zuma replace Nhlanhla Nene with David van Rooyen, only to later appoint Pravin Gordhan in the same position in a matter of days.

"Racist white South African's hoping Zuma's fall will give them a white president or bring back apartheid is try denial of the  reality. It's like Oscar believing that he'll one day take part in the olympics. Never. it's like Donald Trump thinking he'll be the next American president. Never. It's like Mercy Pakela believing she'll on day of a duet with Adele. Never. So pls stop taking expired drugs and accept or leave our country. Just cuz you got away with apartheid doesn't mean we can't see you using this Zuma campaign as a shield to hide yo racist bullshit. Nxa."

It later emerged that the pictures were old ones being bandied about on social media as images from the protest. Mhlongo apologised, but public figures including Mark Pilgrim were not happy.

"So the SA Idols judge, Somizi Mhlongo thinks ALL White people want a white president. Dear Somizi. On behalf of the many white people that you so quickly paint with the same brush, we don't care what the colour of the president is. We just want one that is honest and has integrity. Fuck you very much."

The two later went onto Talk Radio 702 to speak about the confusion after both were trending for days.