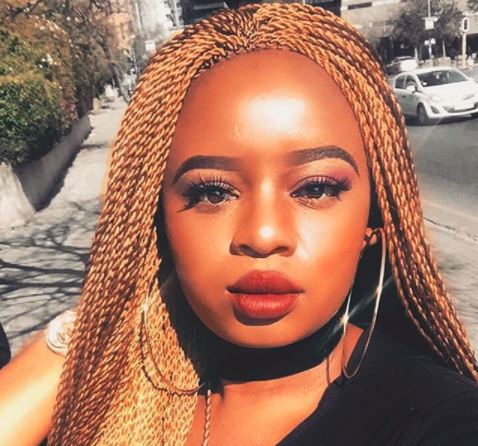 Photographer and plus size model Lesego Legobane better known as Thickleeyonce has been applauded for her classy clapback to a guy who attempted to body shame her.

The guy, who calls himself Leyton Mokgerepi (@imleyton), captioned the picture, "girls that I like vs girls that like me".

Thickleeyonce simply replied with "I don't like you" which sent social media into a frenzy.

The screenshot of the picture went viral and was even liked by Nicki Minaj and Ariana Grande. In addition, Thickleeyonce was approached by Teen Vogue USA and other international publications to do an interview as a result of the viral response.

Mzansi applauded her response with a string of memes and comments:

That guy thought he was dragging ThickLeeYonce ganti na mo drag-a to prosperity.

You put him in his place so subtly, so classy 💛 pic.twitter.com/AOT5Uex3rq

I feel so proud of @ThickLeeyonce right now. She deserves all this media coverage she's getting. Shine sis' ✨ pic.twitter.com/avwXBUnkwg

That wonderful feeling when #savagery and #pettiness come together to form the best clapback!😂 pic.twitter.com/WYkJcMrqjZ

Traditional artist Esther Mahlangu is "excited and honoured" to have her bold Ndebele artwork brighten up the streets of New York in the form of a ...
TshisaLIVE
4 years ago

After a successful one woman comedy show, Black Tax, comedian and actress Celeste Ntuli has started shooting for upcoming local flick, Looking For ...
TshisaLIVE
4 years ago