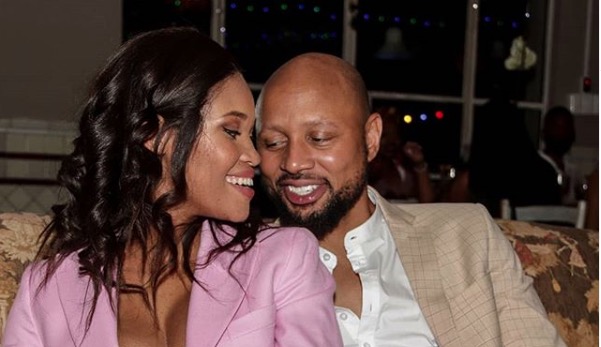 Celebrity couple Phat Joe and his fiancée Palesa Morgan are counting down to the arrival of their bundle of joy, who is due on May 31.

Phat Joe revealed earlier this week that they're expecting a little girl in an Instagram post after Palesa's baby shower.

"It’s a baby girl!!! Due date 31 May!!! Thank you to everyone whose been supportive, and salute to the baby shower team. And to my beloved wife... I love you."

Phat Joe and Palesa announced on Valentine's Day that they're expecting their first child together.

And, they've been giving fans a glimpse into the journey so far through social media.

Palesa's friends and family banded together to spoil her with a special baby shower.

"It was all a dream," she said about the day.

Take a peek at some of the pics.

It was all a dream🌸🌠. I had the best day ever and have the best aunties and uncle in my babes life.😭🍼 Thank you from the bottom of my heart💕 I love you and can't wait for babes to get here😘💗

AKA on people 'taking advantage' of him: 'We will fight this'

A snap of the article's headline was circulated but soon proven to be from a random hip-hop blog that was created mainly to sell advertising and ...
TshisaLIVE
3 years ago

Dogg DBN said he will wage war against any radio DJ who wants to ban Mampintsha's music.
TshisaLIVE
3 years ago

'Was the break up ever real ... Will we ever get the real story?' fans asked as videos and snaps of the pair popped up
TshisaLIVE
3 years ago