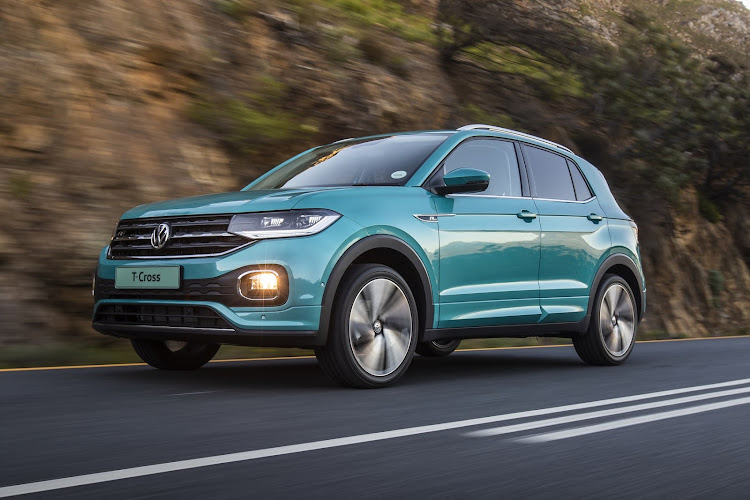 Caon purchased his T-Cross 1.5 TSI R-Line new in 2020. The vehicle began to exhibit peculiarities from the day he took delivery.
Image: Supplied

Volkswagen SA (VWSA) has settled in a matter involving a T-Cross with electronic glitches.

Sergio Caon purchased his T-Cross 1.5 TSI R-Line new in 2020, stating the vehicle began to exhibit peculiarities from the day he took delivery on August 20. The vehicle was purchased from Hatfield Volkswagen in Braamfontein, Johannesburg.

The instrument cluster indicated an error with the stop-start function. He claimed he was told by the sales representative that the issue would be rectified once the battery gained sufficient charge.

“A few weeks later, I still had the same issue,” he told TimesLIVE Motoring.

“I then went to the dealership and was told  Volkswagen Germany was aware of the problem, and as soon as the fix is available they would contact me.”

He was told of a way to override the error: switch off the car when the message is displayed and restart.

“This fixed the stop-start problem, but then the doors wouldn’t automatically lock, which I made them aware of.”

Caon said the vehicle then began unprompted resetting of its trip odometer, long-distance driving data and clock, which reverted to 00:00, in addition to applying the default settings of the instrument cluster.

“This problem happened a few times with my wife when she drove the car.”

An unhappy Caon went back to the dealership and inquired about a remedy. He was offered a courtesy vehicle, but refused to accept a Polo or Polo Vivo, saying he was uncomfortable with the perceived theft risk, adding it would not be up to task for duties as a family vehicle since he has a five-year-old child.

After promises of feedback from the dealership failed to materialise, he contacted VWSA directly.

“They told me the policy is to give Polo models as courtesy vehicles, so reluctantly, I accepted.”

Caon took his vehicle to Braamfontein, explaining his issues, and  new oddities that had cropped up. The wireless smartphone charger malfunctioned.

“It tells me to remove objects in the way even though the tray is completely empty.”

He also complained about the seeming inaccuracy of the driving range indicator.

“The fuel level never drops. I filled it up a few days before and it said I had a range of 420km. I did 138km with the car, and when I dropped it off it said I could do another 440km.”

“This was all in town driving.  I was also driving it hard to see if the range would drop, however it seemed to go up.”

The dealership had his vehicle for eight days and attempted to address his concerns. The start-stop issue was fixed and attributed to an airbag controller unit.

“This was very concerning. If this system is faulty, what is stopping the airbag from going off while driving?”

He attached the service report from the dealership dated July 28 2021. 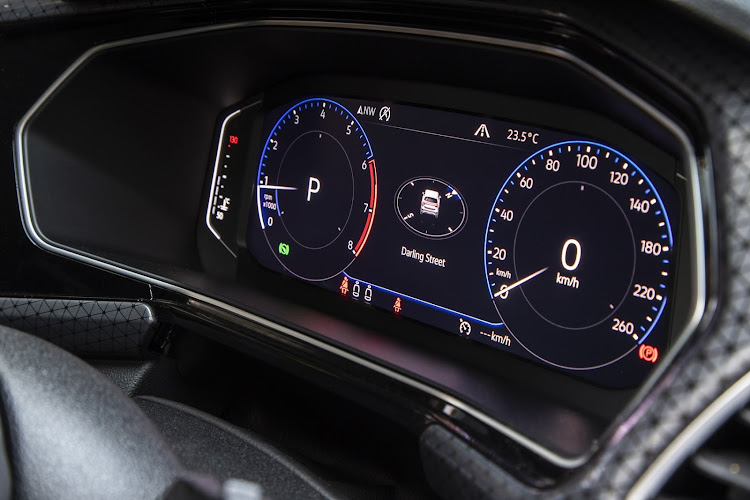 Caon said that his vehicle began unprompted resetting of its trip odometer, long-distance driving data and clock, which reverted to 00:00.
Image: Supplied

It said his gripes regarding the instrument cluster “can be reproduced” but the report concluded with a note that there was no solution for the issue.

It read: “At the moment an effective repair is not possible. We will inform you as soon as an effective repair is available. A replacement of the infotainment control unit or instrument cluster does not fix the problem. The currently delivered infotainment control units and instrument cluster do not contain a solution for the above complaints. A groundless replacement under warranty will be redebited.”

Caon was contacted by VWSA as a follow-up courtesy.

“They called to see if I was happy with the fix and I said to them there is no fix, as per their information.”

The company said the dealership would be in f contact. Caon said the workshop technician who reached out to him seemed as confused as he was  since it was stated, in writing, that no fix was yet available.

Again, VWSA made a follow-up call, and an agent said the issue would be escalated.

“By this point, I felt as if I were being shoved from pillar to post.”

“I bought a brand new car and didn’t expect to have these ongoing issues. The car comes with a three-year/120,000km warranty. The car had just over 8,500km on the odometer.”

He reached out to us. We raised Caon’s case with the communications department of the automaker on August 19, requesting a response by August  30.

It acknowledged our inquiry and confirmed an investigation would be taking place. Caon’s T-Cross was transferred to their Kariega, Eastern Cape facility for closer inspection. The manufacturer hired a 2021 Tiguan 1.4 TSI for his use.

“Our technical and legal team handling this issue have not come up with a conclusion yet. We are also in constant communication with the customer,” said public relations manager Siyanga Madikizela.

By October 26 a detailed response had arrived from head of group communications  Andile Dlamini.

“Our technical team was able to rectify the initial start system error and the phone charging. These issues were linked to software updates. A replacement of the charging station is isolated to a specific model of the iPhone that is not fully compatible to wireless charging,” read the statement.

“The intermittent fault with instrument cluster resetting, which may affect the time, trip meter and/or the driving data (but not the fuel gauge), cannot at this stage be repaired.

“This is an intermittent issue that sporadically presents itself. VWSA has raised the matter with Volkswagen AG which has advised a software update for the instrument cluster will soon be available to remedy the matter.”

“Regrettably, VWSA is not in a position to confirm the timing of the release of the software update. We can, however, confirm that the intermittent resetting of the driving data in the instrument cluster poses no risk to the driver or occupants of the vehicle and does not impact on the performance or safety of the vehicle.”

The statement concluded the company had “reached an amicable solution” with Caon.

TimesLIVE Motoring can confirm the solution entailed a repurchasing of the T-Cross.

Caon has since purchased a Honda HR-V. He asserts VWSA dragged their feet in the matter. He had been made an offer in September, which he accepted before an October 8  deadline.

“They only settled the bank on October 25 and settled me on October 29. I had to contact them repeatedly to find out what was going on.”

“The whole issue was handled badly and as I said to the salesperson who sold me the car when I dropped the keys off, this was the last Volkswagen I will buy. It’s very sad, but I felt as though I was treated like a fool.”

The battle isn’t over for the owner of a Suzuki Swift that became severely corroded. Michael Stewart purchased a 2017 1.2 GA derivative as a new ...
Motoring
7 months ago

When Hendrik Janse van Rensburg took delivery of a 2006 Nissan Pathfinder 4.0 V6 in February this year, he figured he would be in for sturdy, ...
Motoring
10 months ago