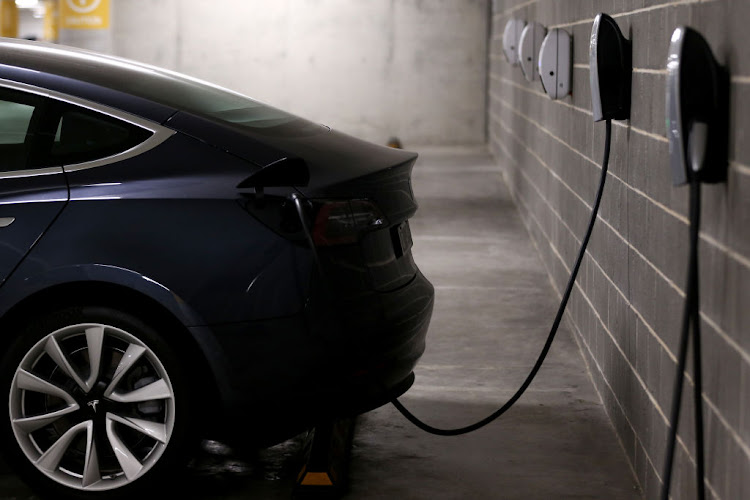 As electric vehicle (EV) sales rise, the big question for power grid operators, charging companies and governments is how to run tens of millions of vehicles without crashing local networks or spending billions on grid upgrades.

Smart charging software allows EV owners to plug in during expensive peak hours  without the vehicle drawing power until cheap off-peak hours. This eases strain on the electric grid, makes better use of renewable energy and saves drivers money.

Without it, millions of EV owners plugging in after work — auditing firm EY estimates Europe will have 65-million EVs by 2030 and 130 million by 2035 — could overload local grids, causing blackouts.

"The shift to electric will be almost impossible without smart charging," Chris Pateman-Jones, CEO of British EV charger company Connected Kerb, told Reuters while demonstrating a pilot project on public chargers in Hackney, a London borough.

Using Connected Kerb's smartphone app you can set your charging speed, charge time and exact price down to a low, slow "Eco" rate of 19 pence (roughly R3,91) per kilowatt.

"It's so much cheaper and simpler," said Ged O'Sullivan, a 65-year-old pub owner who cut his plug-in hybrid's charging bill by 30% with Connected Kerb.

Smart charging for public chargers is a significant challenge because so few are available for people who cannot charge at home because they park on the street.

According to a report from EY and Eurelectric, Europe alone will need 9-million public chargers by 2035, up from 374,000 today.

The near future should also bring "bidirectional" or "vehicle-to-grid" charging, where millions of EV owners could sell their EV batteries' juice back to grid operators during peak hours.

Even in Britain where smart charging at home is widely available, many EV owners are unaware it exists, according to Britain's energy regulator, Ofgem. In the US, only a tiny fraction of utilities offer it, according to utilities group the Smart Electric Power Alliance.

Few cars today beside Renault and Hyundai's upcoming Ioniq model are capable of bidirectional charging , though more are coming.

"Most cars, at this point, do not support bidirectional charging yet," said Robin Berg, CEO of We Drive Solar, which has supplied hundreds of bidirectional chargers for a pilot project in the Dutch city of Utrecht and worked with Renault SA and Hyundai Motor Co on their vehicles.

Nearly 20% of new cars sold in the Netherlands and almost 12% in Britain in 2021 were fully electric.

State support has put Norway at the forefront of electrification, where EVs made up almost three-quarters of sales in the capital Oslo. Some local substations were built in the 1950s and without smart charging Oslo would need massive and costly grid upgrades.

"To handle this we need smart charging solutions because we don't want to over-invest in the grid," said Sture Portvik, who heads Oslo's charging infrastructure efforts.

Connected Kerb aims to have 190,000 UK on-street chargers by 2030, enabling it to predict consumer charging patterns for grid operators and offer lower rates when the available renewable energy is abundant, said Pateman-Jones.

"Today when there's too much wind on the grid, wind farms are told to turn off the wind turbines," he said.

"With smart charging we can pull more of that power."

"But the reality is awareness of these tariffs is surprisingly low."

"But that is changing as EV sales rise."

EV charging company ChargePoint's US chargers can all smart charge, but it wants more utilities to offer it.

"We see a lot of positive response from customers when their utility is offering those rates," said Anthony Harrison, ChargePoint's North American head of utility partnerships.

"We decided to keep it simple for our customers," said Blink CEO Michael Farkas.

Bidirectional charging may be crucial.

"The whole idea behind bidirectional charging is to balance the grid," said We Drive Solar's Berg, who estimates a fully charged EV can power the average home in the Netherlands for a week.

"We can't possibly open up streets quickly enough to add more copper and do the necessary reinforcement," Colle said.

Regulator Ofgem estimates that peak power reductions from smart and bidirectional charging by 2050 could match 10 Hinkley Point, a two-reactor plant under construction  in England.

The US market has more than 10 vehicle-to-grid pilot projects using school buses.

"Because our customers are able to generate revenue we're able to reduce the total cost of ownership for those vehicles, at times completely cost-neutral," said Nuvve CEO Gregory Poilasne.

But Oslo has invested extra money in pilot projects for bidirectional chargers because it believes in the concept. So far, however, it has been disappointed that more carmakers have not yet introduced vehicles that can feed power back into the grid.

"The limitations for bidirectional charging has been the car producers," infrastructure chief Portvik said.

"The big carmakers have to step up."

Mercedes more profitable than ever amid chip shortage

Mercedes-Benz AG vehicles are more profitable than ever after the chip crisis sparked a worldwide shortage of cars, boosting the selling prices for ...
Motoring
4 months ago

Tesla is recalling 578,607 vehicles in the US because pedestrians may be unaware of an approaching vehicle if warning risk alerts are obscured, US ...
Motoring
4 months ago

Nissan Motor Co Ltd plans to stop developing new internal-combustion engines in all its major markets except the US and focus on making electric ...
Motoring
4 months ago