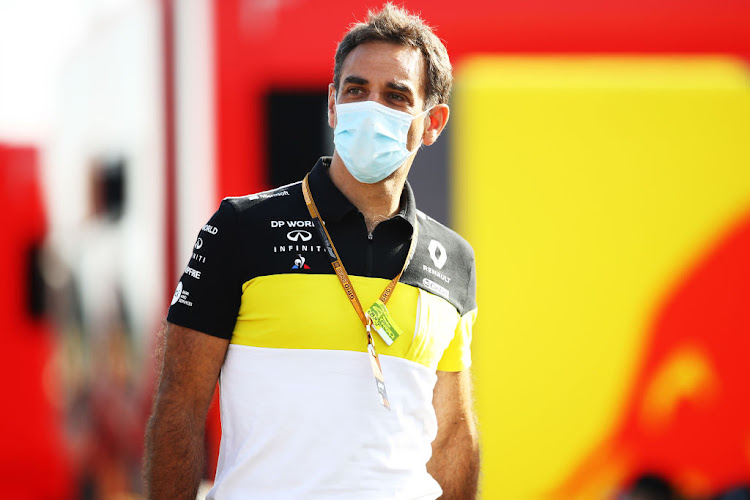 Renault's rebranded Formula One team will start the season under a new boss as well as a changed name and driver line-up after the French car company announced the sudden departure of principal Cyril Abiteboul on Monday.

The Renault Group said in a corporate statement that 43-year-old Abiteboul, who had run the former world champions since 2017, was departing the company ahead of their fresh start as Alpine F1.

Group strategy and business development director Laurent Rossi will take over as chief executive of the Alpine brand with responsibility for the road car side and sporting activities including F1.

There was no word on who would lead the team for the season that is due to start in March, with Spain's two-times world champion Fernando Alonso making his F1 comeback after two years out.

Renault F1, whose main factory is in England, had no comment.

Media speculation has suggested executive director Marcin Budkowski had already been lined up to replace Abiteboul, with Davide Brivio expected to arrive from MotoGP champions Suzuki in a chief executive role.

Brivio announced last week that he was leaving Suzuki for a new challenge outside MotoGP.

Renault CEO Luca de Meo is due to make a group strategy announcement on Thursday.

He thanked Abiteboul for his contribution in leading the team from ninth place in 2016 to three podium finishes last year, when they finished fifth overall after a close battle for third with McLaren and Racing Point.

"His remarkable work in F1 since 2007 allows us to look to the future, with a strong team and the new Alpine F1 Team identity to conquer the podiums this year," he said.

Abiteboul, apart from a brief stint as team principal of now-defunct Caterham F1 from 2012-14, was a career Renault employee.

"I would like to thank the Groupe Renault for having trusted me for many years, particularly with the relaunch and reconstruction of the team since 2016," he said.

The Frenchman famously lost a bet with driver Daniel Ricciardo last season, under which he agreed to get a tattoo if the Australian finished on the podium. Ricciardo, who has now joined McLaren, took two top three finishes.

Abiteboul also fell out with Red Bull and their principal Christian Horner, who blamed the French engine for his team's lack of performance after they had won four titles in a row together from 2010-13.

McLaren Racing have signed an option to compete in the electric Formula E championship from 2022-23, the Formula One team announced on Monday
Motoring
1 year ago

Qatar's Nasser Al-Attiyah won the eighth stage of the Dakar Rally in Saudi Arabia on Monday to claw back more than three minutes from leader Stephane ...
Motoring
1 year ago

Russian rookie Nikita Mazepin needs to grow up and has not been let off the hook for causing offence with a video on social media last month, his ...
Motoring
1 year ago