Verstappen on pole in Austria with Hamilton only fourth 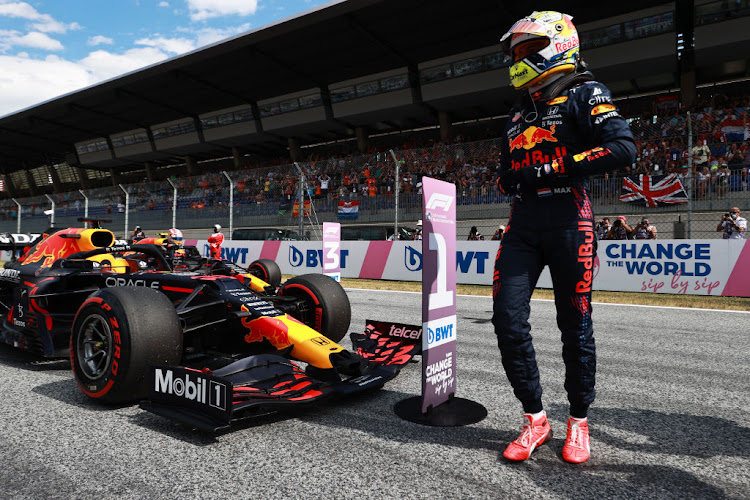 Formula One leader Max Verstappen put his Red Bull on pole position for the Austrian Grand Prix on Saturday with title rival Lewis Hamilton managing only fourth on the grid for Mercedes.

The pole was Verstappen's third in a row and set him up perfectly for a hat-trick of wins after winning the Styrian Grand Prix last Sunday and the French race the previous weekend.

The 23-year-old is 18 points clear of seven-times world champion Hamilton after eight races, with Red Bull chasing a fifth successive victory to pull further ahead in both championships.

"I think Q3 was pretty bad. I'm of course happy to be first but not the way we got it," said Verstappen of the tight margin. "Something to look into, but nevertheless to be twice on pole here is very good.

"Hopefully we can finish if off tomorrow."

Hamilton's team mate Valtteri Bottas will line up fifth, with Pierre Gasly and Yuki Tsunoda sixth and seventh for AlphaTauri.

Sebastian Vettel qualified eighth for Aston Martin but was summoned to stewards for blocking Alpine's Fernando Alonso, with George Russell an impressive ninth on merit for struggling Williams

Formula One world championship leader Max Verstappen was fastest in final practice for the Austrian Grand Prix at his Red Bull team's home track on ...
Motoring
3 weeks ago

Seven-time world champion Lewis Hamilton will be staying in Formula One for the next two years at least after he and Mercedes announced a contract ...
Motoring
3 weeks ago

Michael Schumacher was Sebastian Vettel's boyhood hero, and the younger German is providing guidance and a point of reference for the Formula One ...
Motoring
3 weeks ago