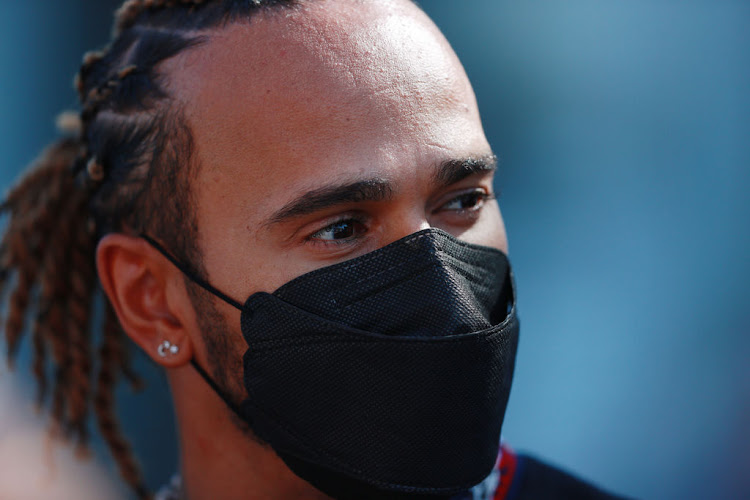 Lewis Hamilton looks on in the paddock during previews before the F1 Grand Prix of Hungary at Hungaroring on July 29, 2021 in Budapest, Hungary.
Image: Mark Thompson/Getty Images

Seven-times world champion Lewis Hamilton, for the first time in his racing career, felt like he wasn't alone as he fended off racist abuse after his collision with Red Bull Formula One title rival Max Verstappen at the British Grand Prix.

The 36-year-old Briton, the only black driver in Formula One, was the target of social media abuse after contact with Verstappen in his home race at Silverstone ended the Dutchman's race and put him in hospital, even as Hamilton overcame a 10-second time penalty to win.

In response, Formula One, its governing FIA, Hamilton's own Mercedes team, several of his fellow drivers and even rivals Red Bull put out statements condemning the abuse.

“What I would say is that it was amazing to see the support from the sport, from my team, and from some of the drivers,” Hamilton told reporters in a video conference on Thursday at the Hungarian Grand Prix.

“I felt for the first time that I didn’t stand alone in the sport. Because for all the other years, all the other 27-whatever years that I’ve been racing, no-one would ever say anything. When it happened in 2007 no-one ever said anything.”

Hamilton, the sport's most successful driver, has used his global profile to champion the cause of human rights, equality, diversity and a host of social and environmental issues.

Earlier this week, he launched Mission 44 a new foundation to support underrepresented young people in Britain, pledging £20m of his own money, after having last year formed a commission to identify barriers holding back young people from black backgrounds from participating in motorsport.

“It was really amazing to see the steps that we’ve taken,” Hamilton said on Thursday.

“There’s no room for that sort of abuse but if I have to be at the receiving end of that in this industry for people to become aware, that’s part of my journey, that’s why I’m here.”

Hamilton stands his ground on 'that' Verstappen move