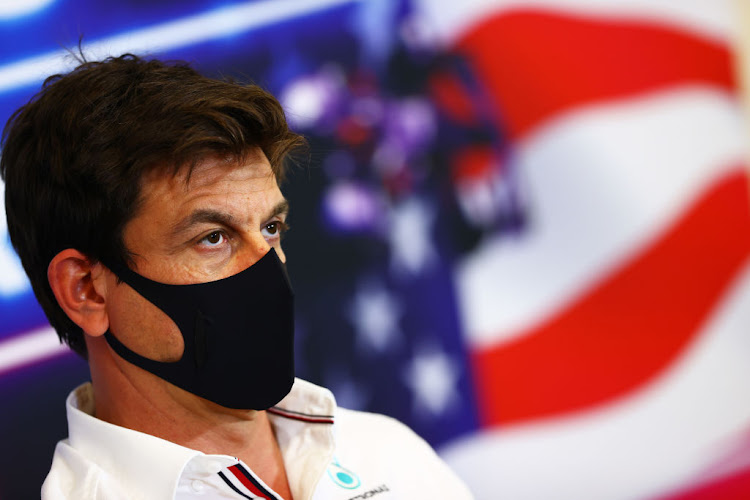 Mercedes would not rule out Formula One title contender Lewis Hamilton taking another engine penalty this season after team mate Valtteri Bottas incurred a five-place drop at the US Grand Prix on Friday.

Bottas, who was fastest in first practice for Sunday's US Grand Prix at Austin's Circuit of the Americas, is using his sixth engine — three more than he is allowed for the season.

The Finn had grid penalties at the Italian and Russian Grands Prix for exceeding his allocation.

Hamilton took a 10-place penalty at this month's Turkish Grand Prix for using a fourth engine, and Mercedes team boss Toto Wolff would not rule out the seven times world champion having to do it again.

"I can't say whether we will be taking one (another penalty) and how are the percentages," the Austrian said.

"But obviously the risk is still there.

"What is difficult to evaluate is do you want to pre-empt the situation and take another penalty, and take the hit, or do you want to really run it and then possibly risk a DNF (non-finish)?

"That is a discussion which is happening as we speak and we haven't come to the right answers yet."

Hamilton is six points behind Red Bull's Max Verstappen in the championship with six races remaining. Austin has been one of their best tracks in recent years.

Verstappen, 24, started at the back of the grid in Russia last month after taking his fourth Honda engine of the campaign and finished second.

Aston Martin, Williams and McLaren also use Mercedes engines, the most reliable in the past but now causing unexpected headaches.

Williams George Russell and Aston Martin's Sebastian Vettel are both set to start at the back of the grid in Austin after power unit changes.

"You see we are suffering with reliability this year. We’re going onto the sixth engine and it’s not something we choose to do," said Wolff.

"We are trying to get on top of the problems and we haven’t understood fully. We are hanging on for dear life in supplying all customers and that is not trivial."

Red Bull boss Christian Horner said it was clear Mercedes had issues to resolve, but their cars were still eye-catchingly fast, with Bottas almost a second a lap quicker than Verstappen in first practice.

"It's not usual for them in previous years to run their engines as hard as they have done this year in the first session," he told Sky Sports television.

"They are definitely running them harder."

Mercedes are 36 points clear of Red Bull in the constructors' standings but facing a major battle after seven years of success.

Verstappen wins in Texas to double his F1 championship lead

Red Bull's Max Verstappen won the US Grand Prix and doubled his Formula One championship lead to 12 points after holding off title rival Lewis ...
Motoring
8 months ago

Yamaha's Fabio Quartararo became the first Frenchman to win the MotoGP world championship after a fourth-placed finish in the Emilia Romagna Grand ...
Motoring
8 months ago