Highlights of the Geneva motor show The Fiat Centoventi concept was a big surprise at Geneva and could be a preview of the next-generation Panda.
Image: MARK SMYTH

The big theme at this year’s Geneva International Motor Show is - well, actually there is no one big theme. There is something for everyone at the show, which runs until this Sunday March 17 - from small family hatchbacks like the gorgeous new Peugeot 208 and the Renault Clio to electric SUVs such as the new Audi Q4 E-tron and super luxurious Aston Martin Lagonda.

Then there are the supercars - lots of them: ranging from the more traditional (in the sense of having an engine) like the Aston Martin Vanquish concept and Bugatti's La Voiture Noire to electric alternatives like the Arcfox, made by Chinese company BAIC.

There was even a big surprise, something that's very rare at motor shows these days. Fiat didn’t say that its concept Centoventi is a preview of the next-generation Panda, but the illuminated stripes at the top of what would normally be the grille area are clearly a modern interpretation of the original, which hit the market back in 1980. Unlike the original, the Centoventi is battery-electric, with Fiat claiming a range of up to 500km.

As we're talking about electric vehicles (EV), then yes, there are quite a few in Geneva. One deservedly receiving the most attention is the Polestar 2, the first full EV from Volvo’s electrified brand after the hybrid Polestar 1. Unlike the limited volume hybrid though, the Polestar 2 will be a full production model to take on key rivals such as the Tesla Model 3, BMW i4, Mercedes EQA and Volkswagen ID models. 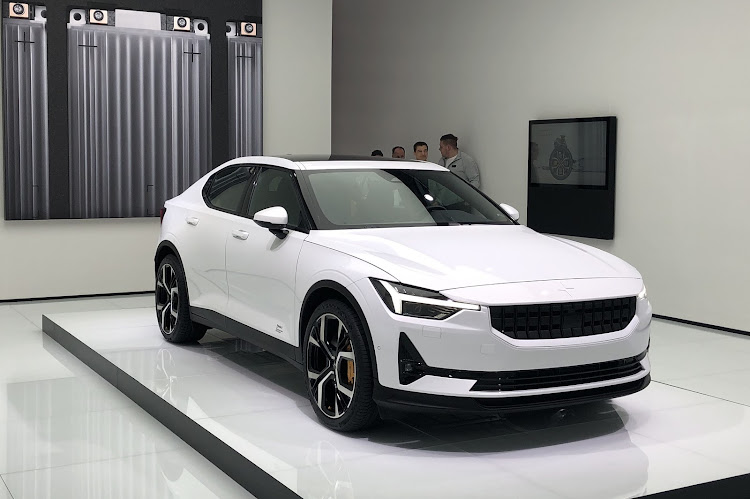 The Polestar 2 is the brand’s first fully-electric vehicle and will take on some major rivals.
Image: MARK SMYTH

SA is not currently on the list of priority markets, Polestar chief operating officer Jonathan Goodman told us at the show - but it could be in the future, so we’re keeping an eye on this one.

Peugeot has an electric version of its new 208, BMW went halfway to announcing plug-in hybrid versions of all its models and Honda is showing the production version of its retro-cool Urban EV - albeit slightly less cool than the concept. 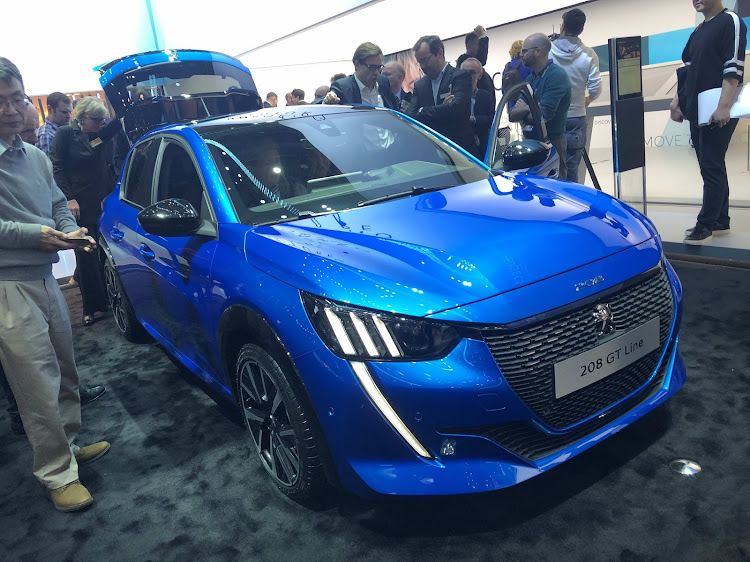 Peugeot finally ditched the bland looks of the previous 208 in favour of something that looks exciting.
Image: MARK SMYTH

Speaking of concepts, there are loads of them, covering every segment of the market. Nissan’s electric IMQ shows a new generation of crossover but is widely expected to be the future replacement for the Qashqai, although of course you can expect the styling to be toned down a bit.

Kia is showing its Imagine, a car that looks like a crossover but is claimed to be more about performance. Mitsubishi presents the Engelberg Tourer, an electric SUV. Is it the replacement for the ageing Pajero? Who knows. The brand has been showing concepts that could be for years and we’ve given up wondering.

Pininfarina, which has been designing Ferrari models for decades, revealed its first electric supercar at Geneva and guess what - it looks like a Ferrari. Missed opportunity to do something very different there.

Hispano-Suiza shows its electric vehicle, sitting on the same platform as the Rimac C-Two, which by the way we can confirm will now only be coming to SA in 2020.

Even Tata Motors is displaying an EV concept, in the form of the Altroz, which sits on the Indian brand’s new Agile Light Flexible Advanced platform (yes, that’s ALFA - do you think they did that on purpose?).

Finally there is the one that got many people talking: Volkswagen’s ID Buggy, a modern, all-electric interpretation of the iconic beach buggy. The company says it will put it into production in the next decade. Not only that, but it will provide the platform to anyone else who wants to build their own version too.

Then there are the traditional models - you know, the ones with engines in them. Aston has its RB-003, Valkyrie and Vanquish concept as headline-grabbers, but there are others too. Bentley presents its Continental GT 9 by Mulliner as part of the brand’s centenary celebrations, as well as the fastest SUV in the world, the Bentayga Speed. 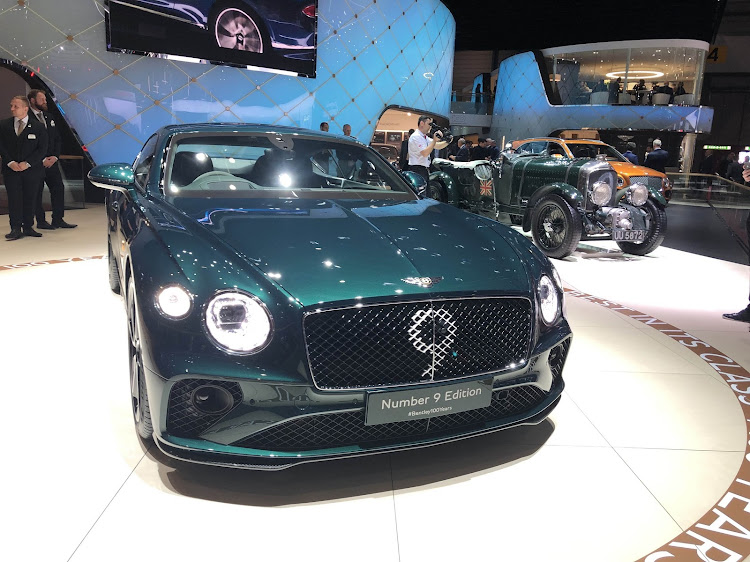 Bentley showed its Continental GT 9 by Mulliner as it kicks off centenary celebrations.
Image: MARK SMYTH

Meanwhile, Lamborghini shows its Huracan Evo Spyder and Porsche drops the top on its 911 Carrera convertible. Bugatti is showing the stunning La Voiture Noire, the most expensive new car in the world, while Ferrari unveiled its F8 Tributo.

Things are also busy at the Mercedes stand, with the GLC and the AMG GT-R Roadster as well as the CLA Shooting Brake, while Mitsubishi presented its new ASX, Mazda unveiled its CX-30 and Renault debuted the new Clio.

There is even something for the real traditionalists in the form of the first new Morgan in decades, the Plus Six, which still uses wood in its subframe.

Geneva is a real mix of new models. You could almost say it remained neutral in an industry that is being traditional on the one hand and futuristic on the other. There is even a little piece of South Africa in the form of the Dakar-winning Toyota SA Hilux getting lots of attention. 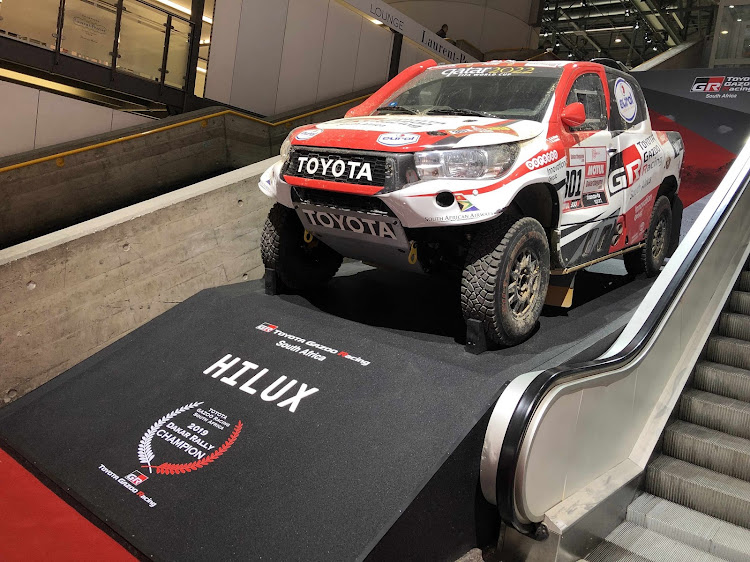 Fiat on Tuesday unveiled a new concept to celebrate its 120th anniversary: the Concept Centoventi, a model that's "affordable but cool".
Motoring
2 years ago

In this episode the guys talk about their favourite South African production car specials. They also have a debate around what car they’d take for ...
Motoring
2 years ago
Next Article