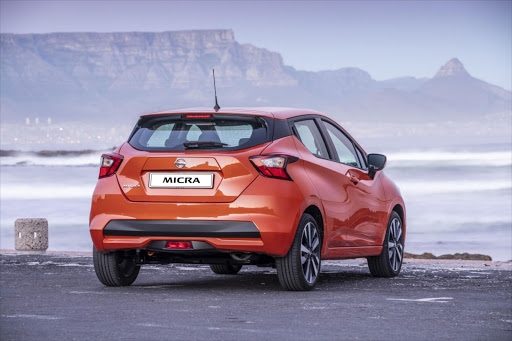 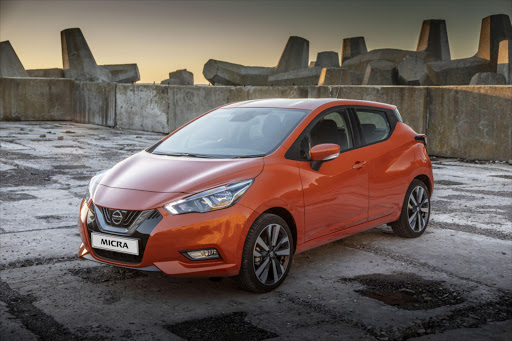 There is a big psychological barrier at 6am. The 6.05 flight to Cape Town is early but it feels like it is within the normal day. But 5.55am? That just seems wrong.

Perhaps Nissan chose this flight because the plane was orange, much like the flagship colour of the fifth generation Micra, which is Nissan Z orange. Whether it was clever marketing or just a coincidence, the new Micra was worth getting up so early for.

The previous generation, K13, was a disaster for the company. Nissan’s head of design, Shiru Nakamura, even described it as "skidding off the road", admitting that a major mistake had been made. Compared to early generations which sold in the millions, the bubble shape lacked appeal worldwide. It still carries on in SA as the budget Micra Active, but it has nothing on the new K14 generation.

Nissan went back to the drawing board for the new version, a fact immediately apparent in the styling. It’s edgy and dramatic, reflecting the fact that design plays a much bigger role in the supermini segment than it did in the Micra’s early days.

It has the Nissan V-Motion grille, a menacing, almost robotic face and slim headlights with LED daytime running lights. The side profile features creases in all the right places and the windows sit high up to give it more of a sporty look but without compromising visibility for the occupants. There are also blacked-out elements on the C-pillars, something that is a trend at the moment.

The rear has a bit of a Japanese look to it, similar to models from Honda and Toyota, but still with a slightly unique flavour and, again, attention has been paid to the design of those angular tail lights.

The design is also about functionality. A good example is the wing mirrors on the doors which reduce the typical blind spot created by the A-pillar and mirror providing better visibility. The sharply raked nose also makes it easier to park, essential for a car which will spend most of its time in the cities.

However, it is not as small as it might look. The new Micra scrapes into the supermini category by just 1mm, measuring 3 999mm in length. Engineers have pushed the wheels right to the corners, making the most of the length but also ensuring the best level of interior space.

And it is inside where the new Micra excels even more. The latest generation sits on the same platform as the current Renault Clio (the next Clio will get a new platform), but the interior eclipses the Clio by some margin. There are design touches and materials that seem much more classy with a higher level of quality.

In many ways it is on a par with the benchmark Volkswagen Polo. The Micra equals the Polo when it comes to all the essential touchpoints, but the Volkswagen has quality beyond just the parts you can see and touch in the everyday commute.

You can have colour coded trim inserts, including the option of Energy Orange on the top of the line Acenta Plus. The model we drove had a premium woven cloth over the dashboard panels and leather-like material on the centre console. It all makes the latest Toyota Yaris look like a cheap Chinese knock-off, something that is made even worse by the fact the Yaris is anything but cheap.

Sticking with pricing, the Micra has the Polo and the new Ford Fiesta firmly in its sights. The range starts at R233 500 for the Visia but you need to step up to the Acenta (R257 400) or Acenta Plus (R272 400) to get the decent spec levels. It’s more expensive than the Clio, in some cases quite a bit more expensive, but you do get a lot more.

The Micra does feature the same engine as the Clio in the form of the Alliance’s 0.9-litre 66kW, 140Nm turbocharged petrol motor. It’s a great little unit, revving nicely and pulling away well, albeit at the Cape where it gets its power without the altitude strangulation of Gauteng.

An 88kW version should be coming in 2019, again using the same engine as in the Clio but Nissan SA says it has no plans to bring the turbodiesel variant to our shores, at least not for now.

The five-speed box is good if not exemplary and the driving position has been thought out to provide a superb blend of city and longer distance comfort.

What the Micra also has that its rivals do not is the availability on certain models of an Active Chassis. This is not something we normally talk about in this segment, but the engineers have not only included traction control but something called Active Trace Control. You have to scroll through a number of menus in the instrument cluster to find it.

Essentially it is a sort of torque vectoring by braking, with the system braking whichever of the front wheels requires it to provide tighter turning. It works too. Switch it off and drive into the corner and the Micra behaves well. Switch it on mid-corner and you immediately feel the system do its thing and the car tightens in. It’s almost like the trick XDS differential on the new Polo GTi, except this is a 66kW Micra.

To give the Micra more street cred, there are loads of personalisation options. In Europe you have more than 140 choices but Nissan SA has gone for option packs instead, including styling packs and even decal kits.

It all feels as though everyone involved took care to make sure everything was done properly. From the exterior design to the interior materials and the engine to the clever chassis controls, this Micra was thought through in a way that no other generation was. Nissan wanted to get this one right and it has. – Mark Smyth