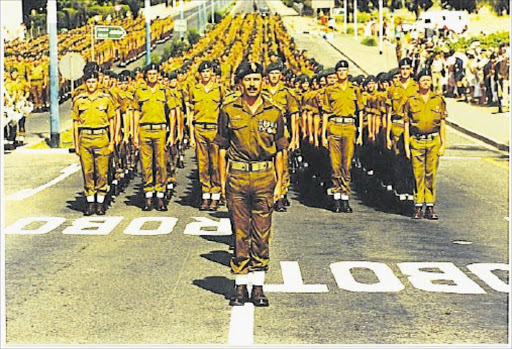 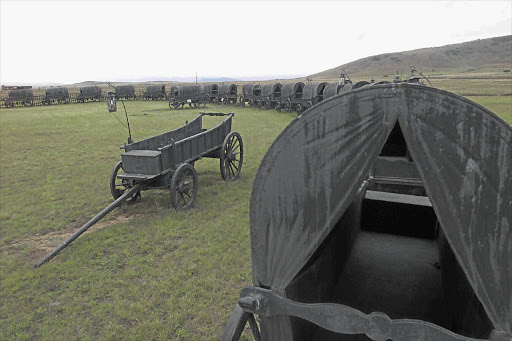 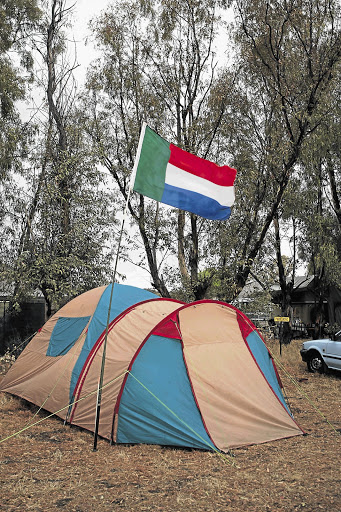 This week the small settlement on the farm Kleinfontein, just outside Pretoria, which aims to establish an Afrikaner-only enclave, was back in the news after it previously refused to allow black police officers on to the property.

The 1000 member-strong community has existed since 1992 and describes itself as an "Afrikaner homestead".

At its heart is a fundamental Christian and cultural belief system (you must be "an Afrikaner with Voortrekker heritage, a Protestant Christian and abide by the Blood River covenant" to reside there). And although it claims no race-based admissions policy, it admits that its criteria effectively makes it for whites only.

It is openly home to a number of right-wing political leaders and statues of apartheid architect Hendrik Verwoerd are publicly displayed. The "Vierkleur" (the old flag of the Transvaal Republic) flies at the local school. In June it sends a team to Orania, its sister settlement in the Northern Cape, to play an annual rugby game.

Kleinfontein, then, like Orania, represents the common refrain that there still exist in South Africa many people who yearn for apartheid and hanker after the way things were.

They constitute the last vestige of any formal attempt to return to the past. Not apartheid, but as close as one can get in a constitutional democracy.

There is one space, however, not constrained in this way: the internet. Search hard enough and you can find a community of websites that openly advocate apartheid and, with it, the many and varied prejudices that defined it.

They are worth exploring because their amorphous nature allows for greater anonymity and, in turn, a more authentic - if not disturbing - set of beliefs and positions.

A closer look helps one to better understand the universe in which such people are immersed, its nature and, to a certain degree, its reach.

Take dieousuidafrika.blogspot.com, for example. Underpinning its title page is the old South African flag and, next to it, a picture of an old SAA Boeing in flight.

In a convoluted explanation of its purpose, marked as much by conspiracy as by religious fervour, the site states that it "carries at heart the interests of the white race group in the country, as embodied in the Boer-nation ..." and that, "in accordance with scripture", it advocates "distinctive development".

The site is situated in Pretoria and has received some 10700 views to date.

It is supplemented by an open Facebook group - "Die ou Suid-Afrika nuus" - that has 5237 likes, an indication of a slightly wider audience.

It typifies a genre whose defining characteristics seem to be a deep disdain for ANC governance (although they are critical of the DA too, which is regarded as complicit in pushing certain "black" or "Marxist" policies); some overt or implied defence of apartheid; a general narrative that "blacks" are incompetent, corrupt and backward; "white solidarity" and anger at a perceived white genocide (of which farm attacks constitute the central tenet); much religious and/or anti-Marxist rhetoric; and, often, website referrals to other white supremacist groups around the globe.

Not every site demonstrates every characteristic, but holding them all together is fear ("Whites are being purposefully targeted and viciously murdered") and with that, fear's inevitable companion: hate. On reading them, both are fairly palpable. At their most extreme they are painfully prejudiced.

They are self-referential too, so by finding one you can click through to another.

Die Oud Suid-Afrika links to itsafuckup2.wordpress.com, which, unlike its more conspiratorial counterpoint, is far more overtly racist. One post - "inventions created by black people" - lists a series of inventions by white people, accompanied by a sentence supposedly explaining how black people have systematically "broken" every one of them.

Next to "blood plasma bag", for example, it states: "now they can't even donate, the aids infected [sic] bastards". The full list is a litany of hate (tricycle: "too stupid to balance on two wheels"). Its hatred is not reserved exclusively for black South Africans; it refers to Muslims as "yellow bastards".

Hendrikverwoerd.blogspot.com is effectively a tribute to Verwoerd and his policies with an accompanying video that sets out, in much romanticised splendour, how the Boers were "betrayed by the savages" at the battle of Blood River (14000 views).

At least, that is the purpose of episode one. Episodes two and three can be found elsewhere on the site - each video brought to you by the Afrikaner Broadcasting Corporation.

Against a backdrop of a series of brutal visuals, the third video (32000 views) features an American narrator, who describes the wonders of apartheid homelands and the prosperity they brought. He then demonises the ANC and the Communist Party as the primary source of any discontent, disrupting the harmony.

Inevitably, Zimbabwe is used as the definitive illustration of what happens when (black) communists are put in charge.

After much aggrandisement, the site concludes: "Dr Verwoerd became the towering statesman of the 20th Century and he is equal, if not superior, to any of his contemporaries in the Western World."

Before clicking through to southafrica-pig.blogspot.com you are given a warning: "Some readers of this blog have contacted Google because they believe that this blog's content is objectionable."

I chose to "understand and continue".

The site has no viewership figures, but its address has been shared some 3000 times.

Like many other such sites, it follows a formula that allows it to feign some credibility: its actual content mainly comprises legitimate news stories from the mainstream media. But they are selective - gross corruption or maladministration or something supposedly illustrative of a cultural or racial stereotype - and the way they are framed and the comments they elicit suggest the paradigm so explicitly stated elsewhere ("Black people 'less intelligent'", says one post).

Some of the sites are so obscure that they border on defunct. Southofzambezi.blogspot.com boasts just 16 members and has not been updated since December 2011. Nevertheless, log on and you can read how South Africa is doomed to fail because of "the deficiencies of the black mentality".

"Why can black Africans run, jump and throw better than whites?" it asks, yet why, "out of a billion of them, have they never invented a single thing of any worth? Why have they, collectively, contributed absolutely nothing to the advancement of humanity?"

The answer: black people are stupid and IQ tests the world over prove it.

dienuwesuidafrika.blog-spot.com (1776 e-mail subscribers, 17700 views between June 21 2012 and March 24 2013) appears not to be overtly racist; rather, it states that its purpose is to "chronicle the extreme violence and secret genocide being committed against the white minority of South Africa", although it does have the old South Africa tricolor sprinkled here and there - if not the old flag itself - as if to allude to a better time.

It links to many other similar blogs and websites concerned with the same theme: volksmoord.blogspot.com(32000 views) and plaasmoorde.wordpress.com, for example.

All of them document in gruesome detail the sustained assault on farmers.

And here one must distinguish fear from hate, for there is much evidence that white farmers have indeed suffered much brutal and sustained violence since 1994.

It is the suggestion by these sites that this constitutes evidence of a coordinated genocide that links them to their more hateful contemporaries. I include them here only because some of them straddle both worlds.

First, some perspective is necessary. The leading story on TimesLive would generate more online traffic in a single day than all these sites have managed in their entire combined existence. As a percentage of the total white population, the people who viewed these sites barely reach 1%.

These are marginal people operating on the very outskirts of society - the recalcitrant few who are either stuck in a time warp, or holding on to a set of abhorrent and abnormal beliefs and values. Every society has them. South Africa is by no means unique in that way.

Second, they do not represent the be-all and end-all of online racism and prejudice, but merely one part of it - a particular brand of racism with a historical context that resonates powerfully with many people.

No doubt there are websites that preach hatred against whites.

The value in identifying them lies only in their authenticity - that is, they do not hide behind euphemism or context.

They are a genuine reflection of a very particular kind of discrimination.

If anything, their tiny viewership should be a source of some comfort, possibly even an indication of some kind of normality: that we have exorcised our society of this kind of naked hatred.

In between the extreme and a healthy attitude, I am sure there are many shades of grey in every direction, but the power of overt racism has been destroyed, assigned to the backwaters of the internet. We now have a lunatic fringe, and this is what they believe.