Child raped - at a hospital! 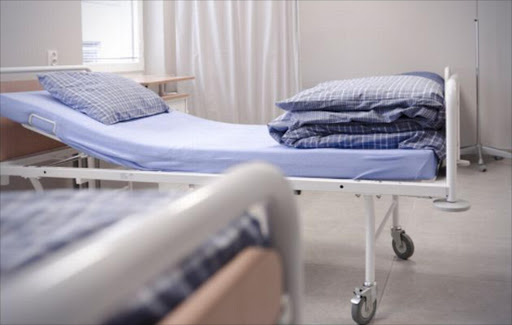 The "dismal" state of safety and security management at public health institutions in the Eastern Cape is in the limelight following a rape of a young girl at Dora Nginza Hospital in Port Elizabeth‚ highlighted by the Health and Other Service Personnel Trade Union of South Africa (Hospersa) on Wednesday.

The 11-year-old girl was abducted from a playground on Saturday‚ Hospersa said. Her abductor reportedly told security guards at Dora Nginza Hospital gates that he was bringing her for medical care. She was then taken to a toilet in one of the administrative buildings at Dora Nginza Hospital where she was raped and subsequently locked up‚ the union said. She tried to break out of the toilet and eventually security guards heard her screams and freed her.

“One can only imagine what it was like for this little girl‚” said Hospersa Eastern Cape Provincial Secretary‚ Lutando Lujabe.

“It must have been a horrific experience and the trauma will probably affect her life for a very long time. We condemn this act in the strongest terms and we are deeply concerned that such acts can take place at our public health institutions‚” Lujabe added.

The 21-year-old suspect was apprehended by members of the community and handed over to the South African Police Services (SAPS) on Sunday. He is facing charges of abduction and rape.

Hospersa has had several campaigns surrounding the state of safety and security management at public hospitals in the country‚ particularly the Eastern Cape where it cited 20 incidents of concern including a nurse being physically attacked by a psychiatric patient earlier this month and patients jumping to their death from the fifth floor of the hospital.

"These patients pose a danger to themselves‚ fellow patients and employees‚ especially in light of the nurses having received absolutely no psychiatric training."

Earlier this month Hospersa participated in a sit-in‚ handing over a memorandum to management‚ followed by a picket in order to gain public support.

Other incidents in the Eastern Cape over the past weeks include armed robberies at Uitenhage’s Rosedale Clinic and the Kwazakhele Day Hospital in Ibhayi‚ where two armed men stormed into the hospital and held up nurses‚ demanding money.

“Hospersa will not allow this situation to continue‚” said Lujabe.

“Hospersa now calls on the Minister of Health [Dr Aaron Motsoaledi] to intervene urgently so that we may address the health and safety problems faced by the Eastern Cape.”