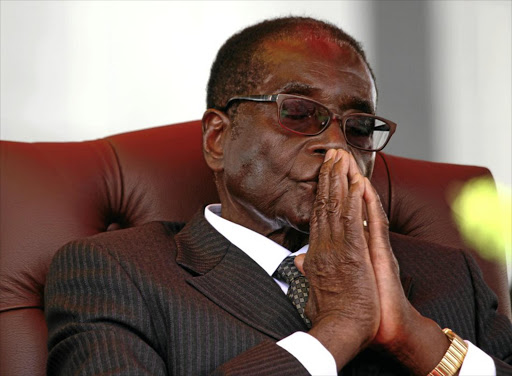 Officials of Zanu-PF are worried that the health of Mugabe, 93, may undermine his campaign and alternative candidates would struggle to beat a coalition of parties united behind opposition leader Morgan Tsvangirai's Movement for Democratic Change, said members of the party's politburo who asked not to be identified.

Among the methods being discussed are police clampdowns on opposition rallies and using state-controlled media to target opposition figures for alleged misbehaviour in their private lives and alleged meetings with Western diplomats, the officials said.

No decision has been taken on more violent tactics that were evident in the 2008 election, when the US State Department said about 200 MDC supporters died, or softer propaganda tactics used in 2013.

"I'm sceptical about the use of 2008 tactics; they know these tactics rob them of legitimacy and peer approval," Alex Magaisa, a UK-based law lecturer and one of the architects of Zimbabwe's 2013 constitution, said. "They are more likely to use 2013 tactics; the subtle but effective use of the machinery of fear and intimidation."

Zanu-PF spokesmen Psychology Maziwisa and Simon Khaya-Moyo didn't answer calls seeking comment. The ruling party's concern has mounted in recent weeks with the announcement that Tsvangirai's party agreed to unite with the National People's Party led by former vice-president Joice Mujuru and a breakaway wing of the MDC led by Welshman Ncube.

They are making their unity bid at a time of deepening unrest because of widespread poverty, massive unemployment and the collapse of basic services.

MDC officials said intimidation of rural voters has escalated in recent weeks, especially in opposition strongholds, such as Matabeleland in the southwest and Manicaland in the east.

"Zanu uses fear, so rural villagers are afraid to attend our rallies, knowing the history of murder, rape, arson and beatings meted out before elections," MDC spokesman Obert Gutu said.

"He is expected back in Zimbabwe at the weekend," The Herald newspaper reported.

Mugabe now walks with difficulty and sometimes dozes off during meetings, such as at the World Economic Forum on Africa last week.

At the meeting in Durban he addressed delegates in a slurred tone while slumped in his seat.