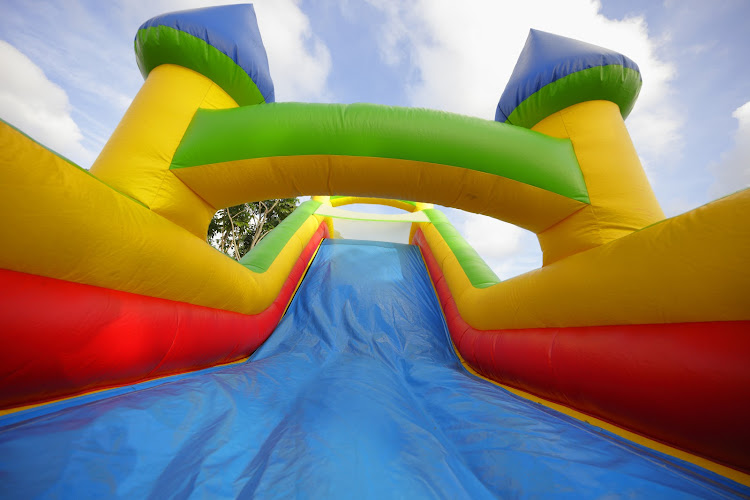 The Delft community in Cape Town is baffled after a tragedy in which six children sustained serious injuries and a five-year-old girl was declared brain dead.

A toddler’s birthday party ended abruptly when a speeding white bakkie crashed into a jumping castle where children were playing on Wednesday.

No one has been arrested‚ despite community members saying they know the perpetrators.

A neighbour who was on the scene when the accident happened said she heard cars revving in the distance. The next moment she heard the crash and saw the children’s bodies flying.

“The sad thing is that we know the perpetrators. They live in the street behind us. How could they do this to the children?” one neighbour said.

Thea-Liam Ely was playing basketball at his cousin’s third birthday party when he saw a car lose control and speed past him.

The blood stains in the sand and the tyre marks on the driveway are stark reminders of the tragedy that unfolded at a toddler’s birthday party in ...
News
4 years ago

“I heard the sound of the cars coming from a distance but didn’t really take note of it. When the car came round the corner I saw that it was driving in the wrong lane and went straight into the jumping castle … the next moment it was quiet as the children lay scattered in the driveway‚ no one making a sound. Not even crying. Blood was coming from one child’s head.”

Ely said the driver and a few female companions‚ who were in the bakkie‚ fled the scene.

Ely said he saw a crate of beer in the vehicle and they reeked of alcohol. One of the male passengers had injured his leg and his neck. He sat on the pavement until an ambulance came.

The police said they are investigating a case of negligent driving‚ sparking outrage.

“Oh NO!! My head is pounding!! Those scumbags should be severely punished....what a sad thing to happen to kids. Will put the affected kids and families in my prayers‚” one person posted on Facebook.

“Why only a charge of reckless driving? Why not murder and attempted murder?” said Hilly Mari in response to a TimesLIVE article on the tragedy.