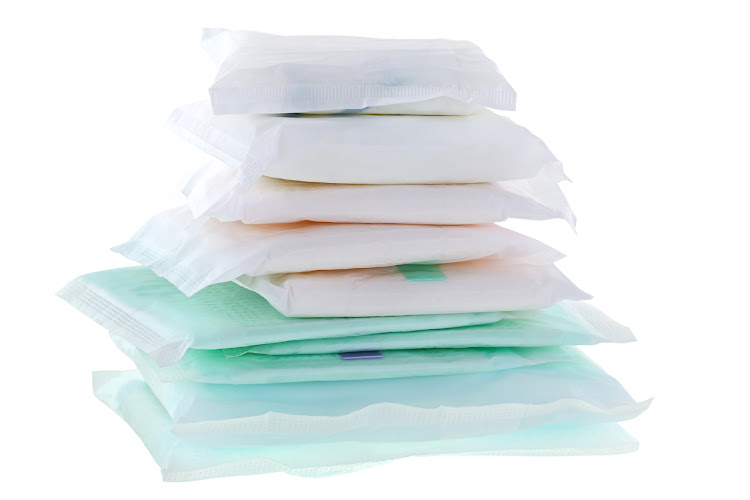 Sanitary pads are one of the products to be zero-rated including white bread flour and cake flour.
Image: Gallo Images/iStock

During the medium-term budget speech on Wednesday, Mboweni announced  the removal of VAT from non-luxury items which include sanitary pads, white bread flour and cake flour.

The promise to provide free sanitary towels was first mentioned by former President Jacob Zuma during the SONA in 2011.

#FreeToBleed campaign activist Sheilan Clarke said their main goal was to ensure sanitary pads were made free to the public, but when they made a submission to parliament in 2016, they presented options which included a recommendation to scrap VAT.

"I'd say scrapping VAT is progress, but its only the beginning," said Clarke.

Mboweni also announced the rolling out of free sanitary pads to low fee schools in all provinces.

Social activism group Amandla Mobi, which has been vocal in championing for free sanitary pads in poor schools, said in a statement that government must be held to account.

"While Amandla Mobi appreciates Minister Mboweni's commitment, our members across the country will be monitoring low fee schools to see that government lives up to its commitment''

Twitter weighed in on the decision and called it a "beautiful victory" for women and girls.

Women in South Africa are rejoicing 🇿🇦Hoping that tax free sanitary pads make it a little bit easier for those whose pockets cannot afford, & find themselves missing school or varsity because of that. Free sanitary pads is the next step, because sanitary products is a necessity.

My mood when I heard , sanitary pads will be VAT free!❤️ pic.twitter.com/L4SsLkyYp3

I don't understand why sanitary pads are not free , while condoms are free in schools , you do not choose to have periods ... ( please help am a guy) #mtbps #TitoMboweni pic.twitter.com/XgdOZQJ11V