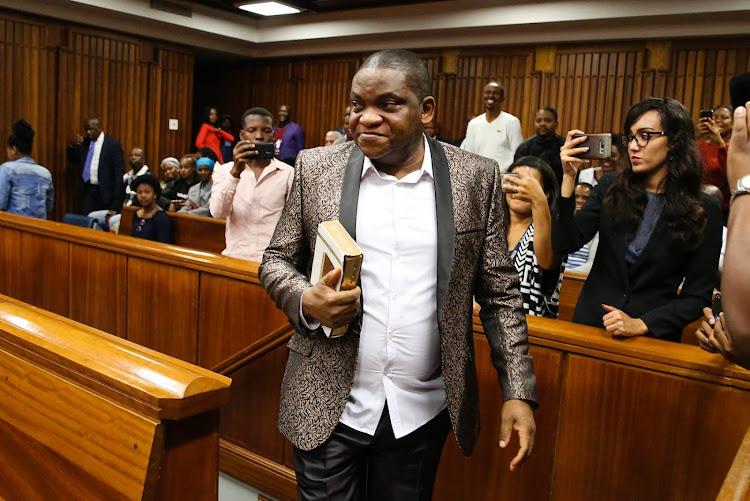 Alleged sex pest Nigerian pastor Timothy Omotoso and his co-accused appeared briefly in the Port Elizabeth High Court on Monday morning, only for it to be postponed pending a Constitutional Court decision.

In December, the Supreme Court of Appeal dismissed applications for leave to appeal judge Mandela Makaula’s decisions not to recuse himself and have the charges against Omotoso and his co-accused quashed.

On Monday, state advocate Nceba Ntelwa told the court that he was in the process of compiling response papers for the Constitutional Court matter and requested the matter to be postponed.

Makaula allowed for the postponement in order for the court to be informed about the Constitutional Court decision.

Omotoso and co-accused Zukiswa Sitho and Lusanda Sulani face a total of 97 charges ranging from rape to human trafficking.

Omotoso has been in custody since his dramatic April 2017 arrested at the Port Elizabeth airport.

Sitho and Sulani were granted R2,000 bail each after their arrests in December 2017.

The matter was postponed to April 16.

Cheryl Zondi, who is under 24-hour protection after testifying against rape accused, pastor Timothy Omotoso, has gone to court to stop her ex-lover ...
News
3 years ago

Controversial Nigerian pastor Timothy Omotoso and his two co-accused will approach the highest court in the country after the Supreme Court of Appeal ...
News
3 years ago