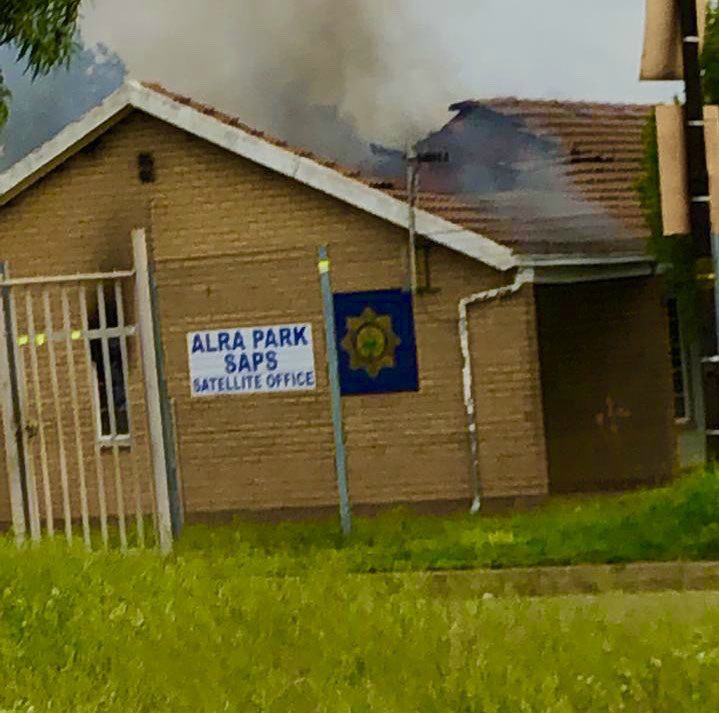 He has called for the police to identify those responsible and arrest them.

He said the houses were still to be supplied with water and electricity.

Community members barricaded the road to the houses and while police members were policing them, another group allegedly petrol bombed the nearby Alra Park satellite police station.

Naidoo said the criminal actions of the protesters had deprived the entire community of an essential service of policing.

"I am urging the discontented community members, especially community leaders, to come together and work towards resolving their dissatisfaction through consultation and negotiations instead of violence.

"Vandalising and burning state property should be condemned by all sectors of society," Sitole said.

Public order police were deployed to the area and patrols increased in an effort to ensure that there was no further violence.

"I am urging all members of the Alra Park community and surrounding areas to remain calm and co-operate with police.

"In the meantime I have directed that those who are responsible for setting the Nigel police station alight must be identified and brought to book as soon as possible," Sitole said.

There were unconfirmed reports of protesters later setting more buildings on fire.

The satellite police station at Alra Park, Nigel, was set on fire on Friday morning as residents protested about the allocation of houses in the area.
News
3 years ago

One of the two men shot during an attempted gold heist on an Ekurhuleni highway on Tuesday has died in hospital.
News
3 years ago

Three to appear in KZN court for murder of policeman, bystander

Three men will appear in the Kranskop magistrate's court on Friday in connection with the murder of an off-duty policeman and a bystander.
News
3 years ago

Police are hunting for suspects who shot dead an off-duty police officer in front of his wife and daughter at Vosloorus, Ekurhuleni, on Human Rights ...
News
3 years ago