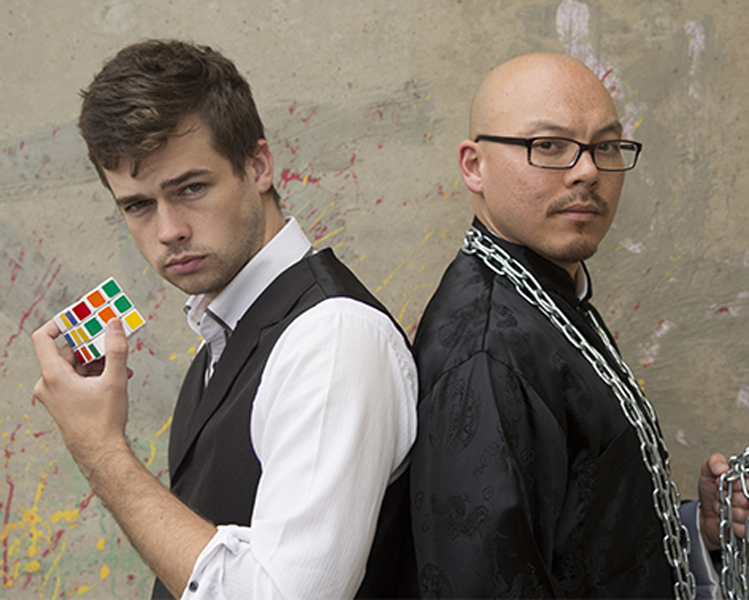 Assistant performer Li Lau (right) was rushed to Settler’s Hospital to have an arrow lodged in his head removed after lead performer Brendon Peel (left) fired a single shot to the head.
Image: SUPPLIED/National Arts Festival

A magician accidentally shot his co-performer in the head with a crossbow when "magic show" went horribly wrong at the National Arts Festival (NAF) in Makhanda on Sunday.

The freak accident happened in front of a horrified crowd.

Assistant performer Li Lau was rushed to Settler’s Hospital to have an arrow lodged in his head removed after lead performer Brendon Peel fired a single shot to the head, NAF CEO Tony Lankester confirmed to DispatchLIVE on Sunday. 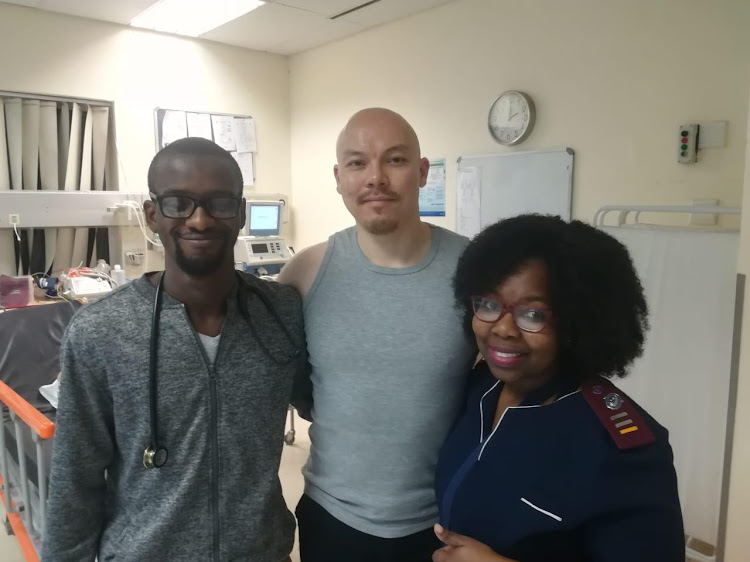 Lankester said the crowd was immediately evacuated from the packed Masonic Front Hall where it had gathered to watch the duo’s 'Carnival Sideshow and Other Magical Things' performance.

Lankester told DispatchLIVE the accident happened during an illusion being performed by Peel.

“Mr Lau was taken to Settlers Hospital where he has received treatment. We are informed that the crossbow did not penetrate his skull, and Mr Lau is fully conscious.”

Lau was fully conscious and talking by Sunday night after receiving three stiches to the back of the head, according to festival organisers.

Lankester said the festival organising team has offered trauma counseling to the audience members who witnesses the incident.

“The festival deeply regrets the incident and is in conversation with the performers to establish what went wrong with the illusion.”

One of the people who witnessed the incident was East London journalist and editor of Independent Newspaper group’s Isolezwe L’Sixhosa, Unathi Kondile . Kondile took to Facebook to express his shock.

He said he witnessed traumatised members of the audience crying outside the venue. “These two clowns shot one another during a magical possible that went horribly wrong in front of us. People are crying. We are waiting for an ambulance.”