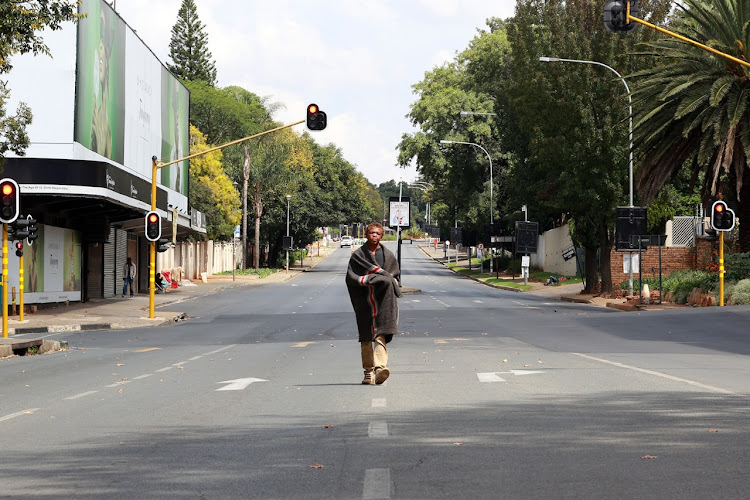 The street, usually congested with traffic, was almost deserted on Friday afternoon on the first day of the national lockdown.

Mkhize was one of the homeless people who were yet to get accommodation in a shelter after the announcement of the lockdown.

“Yes, it has been very quiet today,” he said. “But if the opportunity arises for me to leave, I will.”

While speaking to TimesLIVE, Mkhize briefly ran to a motorist who handed him a half-eaten sandwich.

A few metres away, a woman carrying a plastic bag full of medication said: “I don’t have the coronavirus” as a reporter came up to speak to her. “They would not have let me go if I did,” she said.

“I left Johannesburg Hospital and there are no taxis,” she said, seeming emotional. With a scarf around her neck and a backpack over her shoulder, the woman said she had been walking since 10am.

As part of the directive issued by the president and transport minister, public transport was not fully operational on Friday as part of the efforts to stop the spread of the coronavirus.

“I still have a long way to go,” said the woman, who was reluctant to give her name.

The virus had already claimed the lives of two people and infected more than 1,000 in SA, according to figures announced on Friday.