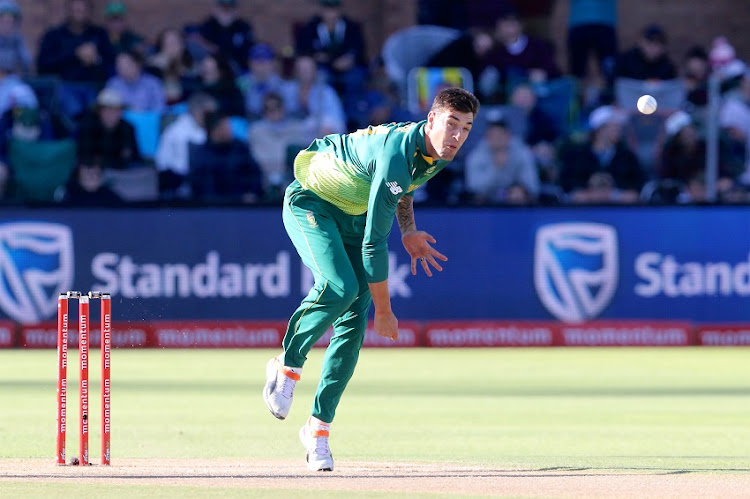 The loss to South African cricket of Duanne Olivier has turned out to be Rassie van der Dussen’s gain.

Olivier was contracted to Cricket South Africa (CSA) when he announced‚ in February‚ that he had signed a Kolpak deal with Yorkshire.

On Monday CSA said in a release that Van der Dussen‚ who has reached 50 in half of his 14 innings in one-day internationals and twice been in the 90s‚ had filled the vacancy.

“Rassie’s promotion is thoroughly justified on the back of a brilliant debut season at international level and has also served as an inspiration to all aspiring cricketers at domestic level of what can be achieved by showing top-class form on a consistent basis‚” the release quoted CSA chief executive Thabang Moroe as saying.

Van der Dussen was second only to Faf du Plessis in runs scored‚ average and highest score among South Africa’s players at the men’s World Cup in England this year.

His flinty‚ disciplined batting was one of the few highlights of a poor campaign that delivered only three wins in eight completed games.

Monday’s release said Temba Bavuma‚ Zubayr Hamza and Aiden Markram would be part of the batting component at a spin camp in Bangalore from August 17 to 23‚ with off-spinner Dane Piedt and left-arm spinner Senuran Muthusamy among the bowlers.

All of the batters‚ at least‚ should be selected for one or both of South Africa’s T20 and Test series in India in September and October.

Russell Domingo‚ who last week was reported to have been interviewed for the vacant job of Bangladesh’s head coach‚ will lead the support staff in his current position as South Africa A coach.