Australia hope to lure Louis Lynagh away from England 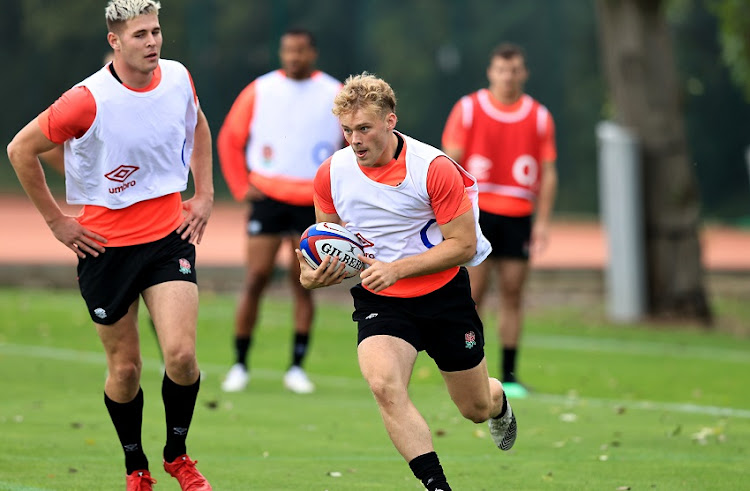 Louis Lynagh runs with the ball during the England training session held at The Lensbury on September 28, 2021 in Teddington, England.
Image: David Rogers/Getty Images

Louis Lynagh's selection in an extended England squad last month put a dagger through the heart of Australian rugby fans who hold precious memories of his flyhalf father, Michael, dominating during the Wallabies' halcyon days.

But Australia hope to snatch the 20-year-old winger from under the nose of England's Australian coach, Eddie Jones.

Louis Lynagh, who plays for English Premiership champions Harlequins, is also qualified to play for Australia and Italy, where he was born.

That will all change if he is capped by England, who play Australia at Twickenham during their November internationals and face Tonga on Nov. 6.

Wallabies coach Dave Rennie said Australia's director of rugby, Scott Johnson, had been working on Michael Lynagh, whose younger son Tom has signed for Super Rugby side Queensland Reds and has pledged allegiance to Australian rugby.

Rennie and Johnson will try to find time with Louis when the Wallabies tour Britain in November though the winger could slip through their fingers if selected for England for their Tonga clash on Nov. 6.

"Look, obviously Eddie’s well aware of his lineage and (the need to) catch him quickly," Rennie told reporters on Friday.

"But we’ll see how things go there, whether they use him or not over the next period and whether there’s any interest in him to come back to Australia."

Rennie said Louis was not lost to England just yet.