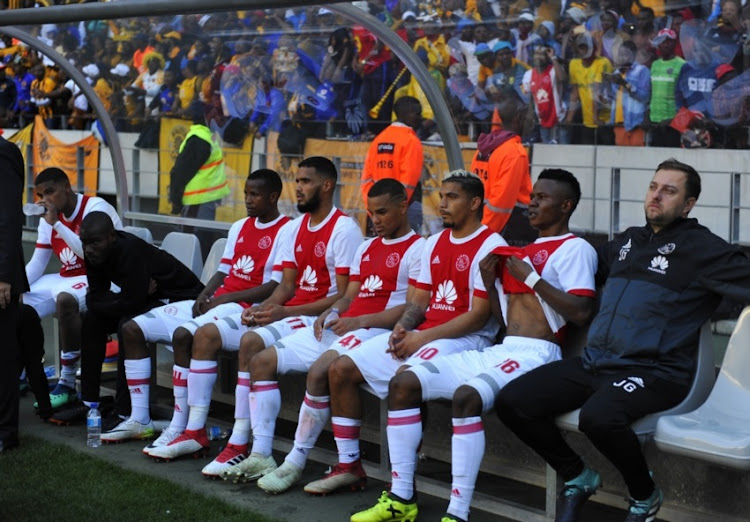 A second arbitration of the Tendai Ndoro case was due to start at 10 am in Johannesburg on Monday with the aim of finally putting to bed an issue that is increasingly damaging the Premier Soccer League and making a mockery of its legal structures.

But the case remains wrapped up in a tight strapping of legal complexity and could yet cause the postponement of the scheduled end-of-season promotion-relegation play-offs‚ which are scheduled to start on Wednesday.

The arbitration has been ordered by the PSL as the case against the Zimbabwean international and his club Ajax Cape Town continues without resolution but with all the steps and structures exhausted.

The PSL have charged Ajax with using a player who had already played for two different clubs previously in a single season‚ which is against FIFA regulations.

But the PSL’s own disciplinary structures did not find Ajax guilty and an appeal against the decision delivered an inconclusive verdict. The issue was sent to FIFA for resolution only for world football’s governing body to kick it right back to the PSL.

Repeating the arbitration process is a last-gasp bid to finish the case but Ajax are to argue on Monday that it is not fair to repeat a prosecution which has yet to find them guilty.

They are attending Monday’s hearing in Johannesburg but will argue the second arbitration case has no standing in law.

If successful‚ this will leave the prosecution in limbo and could trigger a legal step by Platinum Stars.

The bottom-placed club feel they have a chance to save their top flight status if Ajax are punished and stripped of points and have ordered their players to stay training in case they have to go to the play-offs instead of the Cape Town outfit.

Coach Roger de Sa said on Monday that Stars was continuing as if it was ‘business as usual’ while monitoring developments.

Stars could bring legal steps to half the play-offs if the prosecution of Ajax does not deliver a verdict.

The PSL have made a fresh attempt to get around the possibility of a legal impasse by instituting five charges of ‘misconduct’ against Ajax for fielding Ndoro‚ although he featured in a total of seven matches.

These charges are supposed to be dealt with in Monday’s process‚ as is an appeal by Orlando Pirates after their original protest against Ajax was dismissed by the PSL’s disciplinary committee.