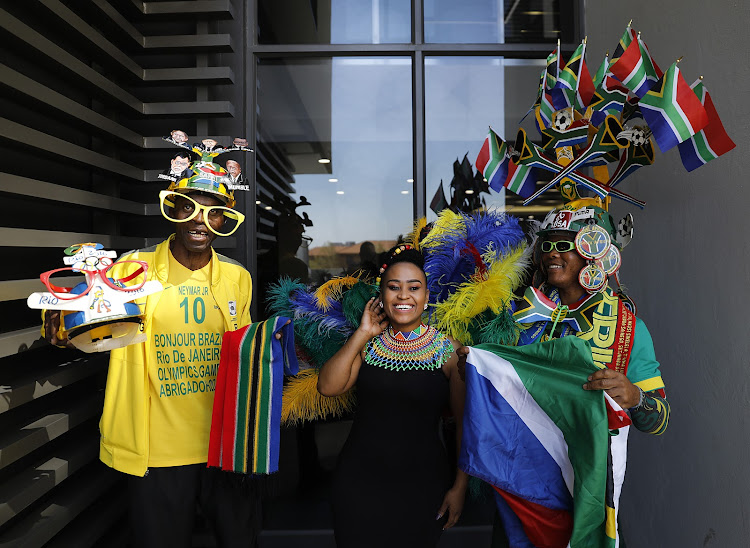 Bafana Bafana have a coach‚ Stuart Baxter. What most people don’t know is that South African football’s “super-fans” – the No.1 club and national team supporters we see so often on our TV screens – have a coach and a convenor of selectors too.

Maake has turned his own particular Amakhosi obsession into a brand‚ branching into a music career and releasing several CDs.

As chairman of the National African Football Supporters’ Association (Nafsa)‚ and Safa’s supporters’ coordinator‚ he’s taken it upon himself to “scout” talent in other young fans and guide them on a path to becoming brands.

“My job is similar to coach Baxter – to select people‚” Maake told TimesLIVE this week.

“If I select you for one event‚ then I must rotate and get somebody else for the next one. It can be a tough job because if you get it wrong people can complain.

“I scout supporters. When I see supporters in the stand dancing who I think have potential‚ I approach them. I say‚ ‘You’re good‚ you need more effort’‚ and I tell them what they can do to become a super-fan. I open the door for them – they market themselves.

“I have corporate road-shows‚ and I need 10 super-fans. I select the ones for that show. They book us and pay us.”

With Safa‚ and also in recent years Gauteng MEC for Sports and Recreation Faith Mazibuko‚ often selecting fans to accompany SA sports teams to international events‚ the country’s more high-profile supporters – coordinated by Maake – have had travel opportunities they could only dream of.

Nafsa initially approached Mazibuko to ask if seven of their members could go to the Rio 2016 Olympics‚ but Gauteng only had budget for two. But the province has since since staggered sending fans to various international sports events.

Maake also met and received a special shirt from the then in-form Neymar‚ who recovered from being marked out of the game by Abbubaker Mobara in the 0-0 group draw against South Africa to steer Brazil to champions in the men’s football.

“In Brazil Neymar is like a president. People there respect him‚ but they don’t want to approach him. He’s got security and everything‚" Maake recalls.

“My hotel was next to his. I went there. I talked to the security‚ they called some guys‚ I said‚ ‘Please‚ I want to speak to Neymar’.

“The TV crews came to interview me‚ BBC and so on. I blew my vuvuzela‚ did my thing. And then they called him.

“They gave me a chance to speak to him and he gave me this shirt.” 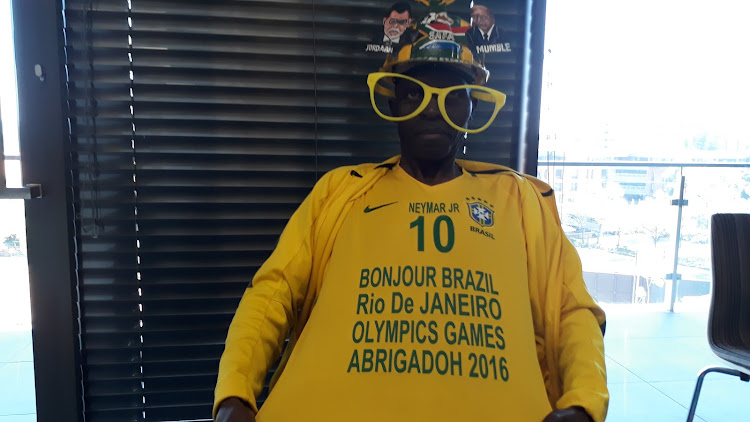 Saddam Maake displays the shirt given to him by Neymar.
Image: Marc Strydom

That trip was Maake’s 16th overseas– 10 in Africa and six outside.

One of the “talents” plucked out of the crowd by Maake was the Bloemfontein Celtic fan Mamello Makha‚ who the Gauteng sports department sent to Brazil this year for the Arnold Schwarzenegger Sports Festival bodybuilding contest in Sao Paulo.

If sports-supporting can be competitive‚ Makha‚ nicknamed “Mexican Lady”‚ is something of Nadia Comaneci-esque prodigy‚ having been nominated for the fourth year running for the Gauteng Sports Awards' Sports Fan of the Year.

She’s nominated again for this year’s awards at Silverstar Casino in Krugersdorp on Sunday night. She’s also managed to establish her own business‚ a beauty salon‚ from the spin-offs of endorsements she’s earned from becoming a “super-fan”‚ converging her loves of fashion and football.

“Mamello is one of the most fashionable‚ energetic and passionate supporters in South Africa. I came to Joburg in 2010 to study. That’s when I met Papa Saddam. That’s when I joined Nafsa‚” she says.

“I’m proud to say that I’m his product. He has in invested a lot. We are many. He’s our mentor.

“He’s been in the industry for a while. He’ll call us for events‚ for Bafana games‚ rugby‚ TV interviews. I’m so shy but he trained us on how to approach media.

“I’ve always come up with fashion. From the 2010 World Cup‚ and Bafana’s opening game against Mexico‚ that’s where I came up with my feathers theme. That makes me stand out.

“I was a student‚ and now I’m a businesswoman through this. From the adverts and promotions‚ I saved that money‚ and today I own my own business – a beauty salon in Johannesburg.”

These supporters sacrifice their time and income to travel to be at the amount of matches they attend‚ so why not have something in return when they become personalities from that?

The famous Sundowns fan Dan “Bishop” Motona says supporting the 2016 African champions has “made me what I am today”.

‘The Bishop’ was sent by Gauteng‚ to back the province’s athletes at the Tricolore Youth Sports Games in Reggio Emilia‚ Italy.

“We were there to cheer the sporting codes in football‚ rugby and athletics. Also‚ spreading the culture of the country‚ and culture of sports supporters from our country‚” he said.

The contradiction of these supporter personalities is that they are clearly extroverts in nature when they enter a sports stadium‚ but so often shy and unassuming in person out of them.

Their passion has carried them travelling and seeing the world‚ and for some having a front-row seat to the trials‚ tribulations and highs and lows of the teams they support has even become a part-time career. Not a bad job to have.