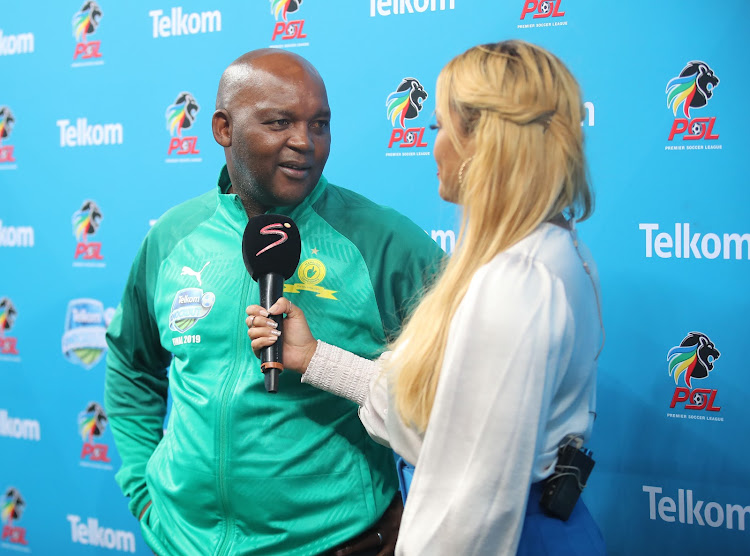 Mosimane was referring to the information on his team’s playing styles and tactics that would have been conveyed to Pirates by their‚ and his former‚ assistant-coach Rulani Mokwena.

Pirates officials have said Mokwena was on leave at Pirates‚ though Mosimane said his former assistant is currently “learning in Europe”‚ since just after Josef Zinnbauer arrived as head coach last month.

Mokwena had been Bucs’ caretaker-coach after Milutin Sredojevic’s strange departure three games into the season.

Pirates have started with a 3-1 home win against Black Leopards‚ 1-1 away draw against Bloemfontein Celtic and 4-1 away thrashing of Polokwane City under Zinnbauer‚ and Mosimane said he knows to be wary of Bucs.

“Those guys are scoring. Eight goals in three games. I mean‚ I don’t have that‚” Downs’ coach said.

“They know everything that I am trying to do. My classified information is with them.

“Because I’ve seen how Pirates attack after Rulani has been there. A lot of movements that I was doing here are there.

“And they have really changed the team – for the last two years they chased us in the league.

“That’s football development. And it’s good. Because I also learned from Carlos Parreira [as the Brazilian coach’s assistant for Bafana Bafana].

“We all learn. There’s always a mentor for you who you look up to and try to do things.”

A win for second-placed defending champions Sundowns will see them close the gap on leaders Kaizer Chiefs from nine to six points.