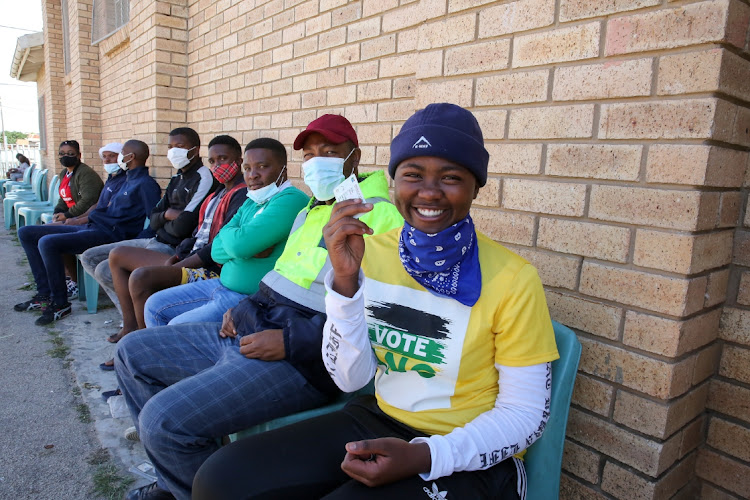 It is probably safe to say that when we look back on the 2021 local government elections (LGE) in SA, we will both remember it as the year we became free electoral consultants to almost every person of voting age with whom we had even the most passing acquaintance, as they grappled with the many complexities of their electoral choices.

Almost since the day the election date was announced, we have fielded WhatsApp inquiries from family members, been grilled by friends over coffee and drinks, and been  stopped in the street by strangers, all wanting to ask more or less the same questions.

“Who should I vote for in this election and how do I make the decision?” “What is the difference between the ward and PR ballots?” “Is a vote for one of the smaller or new parties a wasted one?” “The choices are so poor this time around that I can’t decide how to make my voting decision — should I be looking for a good ward councillor, or should I rather focus my vote on a party that can command a majority in the city council?”

This was one of the great paradoxes of this year’s elections: the dismal lack of credible electoral choices — either because of poor party leadership or rampant corruption and mismanagement in local government — meant members of the country’s electorate made more thoughtful choices at the ballot rather than defaulting to old loyalties which would benefit the usual political behemoths.

For this and many more reasons, the 2021 local government elections have made history in SA: the lowest electoral turnout in our country’s democratic history; the election in which the ANC ceased to be a dominant party, falling below the psychological 50% barrier nationally for the first time; and the election in which the biggest two political parties saw their support levels drop precipitously: by eight percentage points for the national governing ANC and by five percentage points for the official opposition DA.

The drop in voter turnout — by 3-million from the last LGE, with only 12-million people casting their vote in 2021 compared to over 15-million in 2016 — is significant.

A combination of the weather in some parts of the country, the elections being held on a Monday, and registration issues in voting districts across SA may have contributed to this, but it’s clear that people in their millions made a conscious decision not to participate in the poll as a consequence of despondency about and mistrust of the democratic process. Many, especially young people, have completely lost faith in their ability to effect change through the ballot.

From our experiences engaging with voters, to the election results and the dismal turnout, it is becoming clear that there are huge gaps in civic education, knowledge and understanding about elections in SA among the electorate. This is especially true among younger voters, who turn 18 without any significant exposure to or education about politics and government in SA, but are immediately expected to register with the Electoral Commission of SA (IEC) and understand the intricacies of the political system while also deducing how to make difficult voting choices.

Witness the DA’s 'votes for small parties are wasted votes' messaging in this year’s campaign: both wholly untrue and thoroughly misleading

In the US, the decline in school-based civics education that began in the 1960s has coincided with a precipitous decline in youth voter participation, according to the Tufts University Centre for Information and Research on Civic Learning & Engagement.

When a lack of quality civic education is combined with an asymmetry of available information about political systems and electoral processes between existing, registered political parties and the citizens they are supposed to serve, citizens become captive to party political interpretations of electoral laws and systems.

Witness the DA’s “votes for small parties are wasted votes” messaging in this year’s campaign: both wholly untrue and thoroughly misleading, but designed to promote the status quo and seal the dominance of the three biggest parties. In the absence of impartial education and information from the IEC, whose mandate it is to provide voter education in SA, the narrative was able to gain traction and have an outsized influence on voters’ decisions at the ballot.

The same is true of Donald Trump, who used the miseducation of the voting public to convince millions of people in the US that his successor, Joe Biden, won the election through fraudulent means.

The 2021 LGE results have gone at least some way towards changing trends in this regard — the few voters who did turn up at the ballot showed their thorough discontent with the two dominant parties, both of whom lost significant numbers of seats compared to the last local elections. The ANC lost a colossal 618 council seats nationally, and the DA lost 298 seats across the country.

Notably, independent candidates gained 57 council seats around SA compared to 27 in 2016. The rise of independent candidates and civic organisations contesting elections across SA points to a desire among people to be actively involved in governing their communities without the constraints of party politics. However, in order to effectively exercise this democratic right, citizens must be equipped with knowledge about the electoral system, political institutions and the mechanisms at their disposal to participate in governance.

Unfortunately, the IEC has not adequately met its mandate to educate voters — and especially prospective voters, before they turn 18 years old — about the basics of electoral systems and processes, democratic responsibility, as well as how (and why) to hold political leaders accountable before and between elections.

The IEC is also woefully underfunded, having lost R109m of its budget in the current financial year due to a round of austerity cuts right before a critical election period, further hampered by the challenges of Covid-19.

The woefully underfunded IEC has not adequately met its mandate to educate voters about the basics of electoral systems. The time has come for civil society to swing in

Electoral reform, combined with voters’ clear disillusionment with the status quo, means that 2021 patterns could be replicated — and magnified — in 2024, bringing the electoral disputes and complexities of coalition politics to the national and provincial legislatures.

The time has come for civil society to swing in, to build and fund the platforms necessary to ensure that voter education is clear, easily accessible, reliable and up to date. This is especially important as we move towards what will likely be the most important general election in SA’s history in 2024. We, too, will be considering the many ways in which our organisation, the Apolitical Academy Southern Africa, can use civic technology to make critical civic education tools and resources available to a critical mass of South African voters — particularly those who will be voting in 2024 for the first time.

The largest age demographic represented on the voters’ rolls for the 2021 local elections was people aged 30 to 39. The second largest was the 20 to 29-year-old cohort. In 2024, the majority of that demographic will comprise voters who were born after 1990. Quality voter education will empower the critical group to exercise their democratic rights and deliver on their civic responsibilities like never before, putting paid to the notion that change cannot be effected through the ballot box.

LGE 2021 marks the end of the beginning of SA’s democratic transition. The one-party dominance that characterised our democracy after 1994 is reaching its end and we are entering a new era of coalition politics, where power has to be shared among different parties. SA will need a citizenry that has the civic knowledge required to participate in governance and energetically hold their elected representatives accountable.

• Mazibuko is co-founder and CEO of Apolitical Academy Southern Africa. Mbete is programme director of the academy, a senior lecturer in the department of political sciences at the University of Pretoria, and a member of the ministerial advisory committee on the electoral system