Podcasts from the Edge

PODCAST | ‘On the DA’s worst day, it’s very difficult to compare it to the ANC’s best day’ — John Steenhuisen 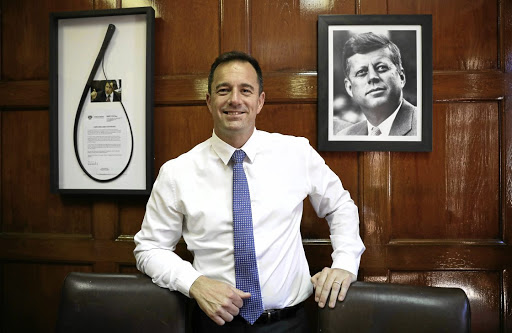 In conversation with opposition leader John Steenhuisen. We address postponed elections, the ANC's response to the recent unrest and SA's political future of coalitions, pacts and deals.
Image: Esa Alexander

If there is a rational centre to SA politics, DA leader John Steenhuisen wants his party to be in the middle of it. He sees our politics changing inevitably, as the ANC’s loss of coherence and unity becomes more clear.

What he can’t be sure of, he tells Peter Bruce in this latest edition of Podcasts from the Edge, is what the end looks like, perhaps especially after the violence and insurrections of the past few weeks. Steenhuisen has lost his chief whip voice and, in the process, found his leader voice.

It may be beginning to suit him. With the DA’s polling showing the ANC losing its national and metropolitan majorities, listen as he and Bruce walk through the possibilities opened up by a future of coalitions, pacts and deals.

This week we discuss money in our politics, more specifically the high court’s decision to keep sealed the CR17 funding details. We ask, what is the ...
Politics
6 months ago

Sit with top Sunday Times journalists as they discuss big stories of the week, analyse the issues and go behind the story.
Opinion & Analysis
5 months ago

The party’s top players are not singing from the same hymn book, and this has created confusion within SA
Politics
6 months ago