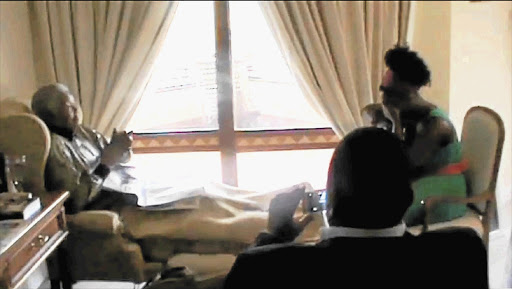 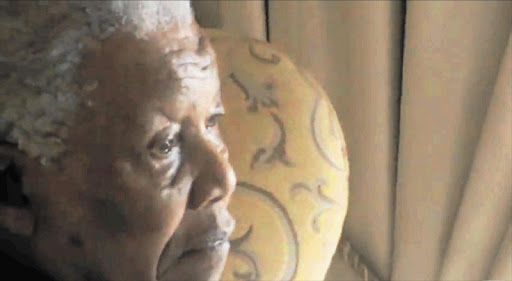 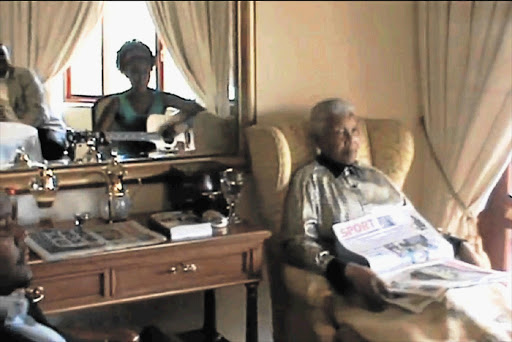 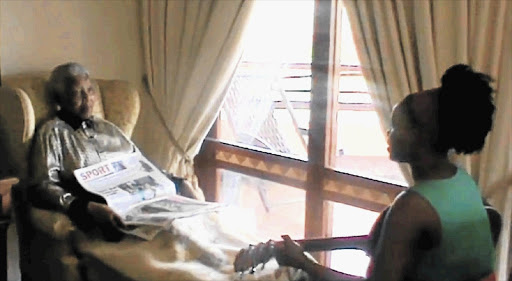 Eastern Cape singing sensation Zahara can now list a private performance for former president Nelson Mandela at his homestead in Qunu as another feather in her growing cap.

A video posted on YouTube by her record label TS Records shows the teary 24-year-old singing her song Thekwana to a frail Madiba, who sat next to a window with a newspaper and a blanket covering his legs.

When she finishes, Zahara can be seen breaking down crying as Madiba claps, and a few family members urge her to sing her runaway smash hit Loliwe.

It is unclear what Madiba was referring to when he told Zahara: "You must take that with you . "

In another video recorded for Public Radio International, Zahara again performs the two songs, explaining: "I just got a couple of songs that I want to share with you that I sang for Tata Mandela. I hope you enjoy them."

This past weekend Zahara scooped three Metro FM Awards, including the coveted Song of the Year for Loliwe.

TS Records co-owner Thembinkosi "TK" Nciza - who was present at the occasion earlier this month - said the muso had been approached by the Nelson Mandela Foundation to serenade Madiba because she was "relevant".

He said yesterday: "It was a special moment for her. As young as she is, to have got such an opportunity is amazing. This is the highlight of her career. I explained long before we released her album that we had a vision and a dream for her and this is the biggest highlight so far."

He said Zahara had single-handedly "revived" the local music industry. Loliwe has sold 310000 copies so far and is easily this year's biggest seller.