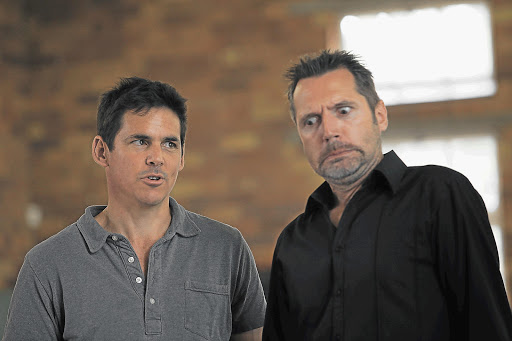 THEATREThe MousetrapWhere and when: Theatre on the Bay, Camps Bay, until January 14; Pieter Toerien's Montecasino Theatre, Fourways, January 18 to February 26

Whereas today more sophisticated methods are used to track down baddies, at its heart crime-scene investigation remains the same as it was more than half a century ago: search for clues, analyse evidence, interview suspects and be on the lookout for something fishy.

The suspense, guesswork and sheer entertainment value of this process continue to make the crime-thriller genre ripe pickings for novelists and scriptwriters. Perhaps that's what lies at the core of the enduring love affair audiences through the decades have had with Christie's best-known murder mystery.

It has the distinction of being the world's longest-running play in the modern era, having opened in London's West End in 1952, where it has racked up more than 24000 performances to date.

Apparently, The Mousetrap has now become such an English theatre institution that actors jokingly refer to it as doing their "national service".

Usually, only one version of the play may be staged outside of the West End every year, but to celebrate the play's 60th-anniversary milestone, 60 professional productions have been licensed globally for 2012, with South Africa being one of the chosen territories.

Swerdlow, an accomplished director, is adamant that he is not giving the play the spoof treatment. "We're keeping it fun and interesting while being faithful to the story . We're not sending it up or playing with the integrity of the piece."

Stylistically, this Mousetrap will be like stepping into a 1950s time capsule. Period costumes, a warren of interleading rooms and vintage props will set the scene, with BBC "wireless" music from the era heightening the mood, where suspicions run rampant, tensions run high and red herrings pop up around every corner.

"It's not a replica of the London production, which itself is a replica of the original," says Swerdlow. "Each director nudges it in a different direction, with a continual renewal of the piece ... making sure it's fresh and real in each incarnation."

He has assembled a top-notch cast to enact this tale of murder most foul in a genteel country guesthouse. A motley assortment of guests arrives at Monkswell Manor, which is run by Mollie and Giles Ralston (Sarah Richard and Clyde Berning). Among them is grouchy battle-axe Mrs Boyle (Clare Marshall), nervous young man Christopher Wren (Matthew Lotter), retired Major Metcalf (Robert Fridjhon), enigmatic Ms Casewell (Bronwyn-Leigh Gottwald - in a "radical reinterpretation" of what is usually quite a masculine character) and shady Italian Mr Paravicini (Mark Rayment).

A murder is committed in London and Detective-Sergeant Trotter (Ashley Dowds) arrives at the snowed-in manor house to investigate. Then another murder takes place ... and the hunt is on to find out which of the survivors is the "homicidal maniac".

Of course, there's a sensational twist in the tale, which for 60 years has largely been kept secret, thanks to a pact the players enter into with the audience at the end, urging them not to reveal "whodunit" so as not to spoil the enjoyment of future audiences.

Swerdlow believes that Christie was ahead of her time in conceiving "a well-constructed, gripping story that deals with how child abuse produces warped adults ... the basic psychology of which was new at the time. It's simply a cracking good story, well told. That's why the show has lasted: detecting methods may have changed, but this is simply good old noggin work."

"Murder isn't fun and games," the policeman character sternly warns the others in the play. We beg to differ: in the case of The Mousetrap, it most certainly is.