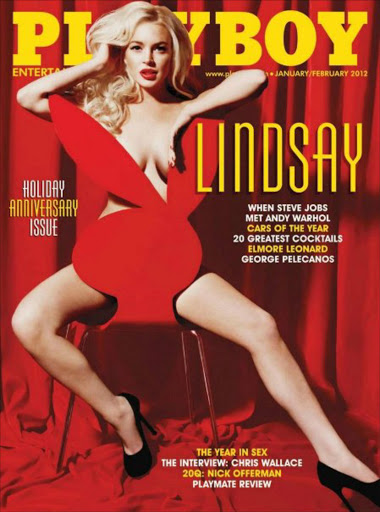 Playboy SA celebrated a hollow victory when the Advertising Standards Authority ruled this week that a Tracy McGregor billboard on Johannesburg's Barry Hertzog Avenue was harmless.

In a damp-squib ruling - following the removal of the billboard months ago - the advertising watchdog dismissed complaints that the billboard depicted women as objects for "sexual gratification", "degrades the dignity of women" and "encourages sexual promiscuity".

McGregor, the 2008 FHM Sexiest Women winner, is shown on the billboard wearing black stilettos and black lace underwear, with one arm over her head. Next to her are the words: "Playboy Playmate Parties" and the Playboy SA website address is given below.

But some motorists and residents were less than titillated.

One said that "the billboard promotes pornography" and that he was uncomfortable having to explain such images to his young nieces and nephews.

In its response, Playboy SA said the magazine carried far "tamer" content than some magazines on local shelves, and suggested that those who were offended should focus on the message detergent adverts sent to society about women.

And it seems the advertising body agreed, saying in its ruling that Playboy had chosen "not to gratuitously depict a lustful, sexual image".

The ruling read further: "The billboard is not overtly sexual and imagery of a seductively dressed woman is a product relevant to the advertiser."

McGregor said she did not know what the fuss was about.

"I didn't for one second feel objectified or anything like that, and I wouldn't have done it had I felt that it was a negative thing," she said. "Campaigns like that happen all the time around the world - the feedback I got was 99% positive."

McGregor was shocked when The Times told her of the legal battle between the Independent Communications Authority of SA and Top TV.

Top TV has announced that it is pressing ahead with plans to launch a stand-alone package of three Playboy channels, adding that South Africans "tend to be conservative".

The magazine is hosting a Playmate of the Year party in Johannesburg next month.