Rapper AKA and DJ Zinhle call it quits on their relationship 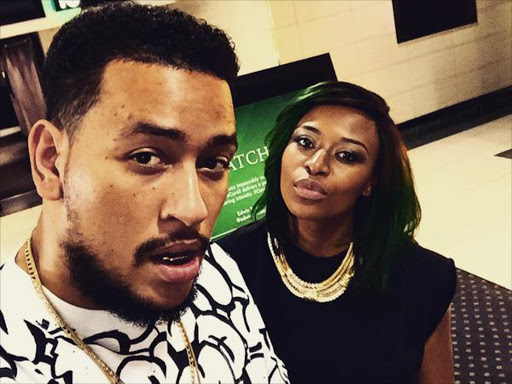 The music power couple who recently welcomed their one-month old daughter into the world have decided to separate.

The statement continued, that their split was amicable.

The couple welcomed baby Kairo less than a month ago.

The former duo also asked for privacy saying they will not be giving any interviews on their break-up.

The spilt comes as a shock as AKA paid damages to Zinhle's family over the weekend. He observed Zulu tradition by paying a cow, goat and cash to the Jiyanes for impregnating Zinhle out of wedlock. Zinhle's uncle, Mbongeni Jiyane said the family were impressed by AKA and hoped he would consider paying ilobola soon.

Speaking to Destiny magazine, Zinhle said their child was planned and AKA was a supportive father. She said the pair met in Botswana, 2012 and immediately hit it off though they started dating later.

"He and I have a really normal relationship...In fact, we're the most boring couple you'll ever meet!" said Zinhle reflecting on their union.

Perhaps alluding that their relationship was not destined for the altar, she also told the magazine that it was a mutual decision for them to remain unmarried.

"This is one situation where I don't know how things will unfold - a terrible thing for a person like me - a pre-planner, but I know there is a solution for everything," she added.