Despite recent speculation that Prince Harry has been secretly courting singer Ellie Goulding, it is reported that the unlucky-in-love royal has enlisted some rather unconventional help to get a girlfriend. 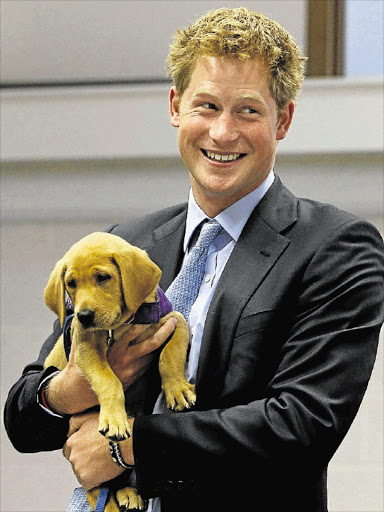 The royal bachelor, who split from his former flame Cressida Bonas two years ago, may soon find the love of his life on a dating show, Take Me Out after apparently unveiling his secret desire to take part in the show.

The show’s host Paddy McGuinness revealed that Prince Harry approached him to take part on the TV show - which involves 30 single women looking for a date.

"I’m not going to fill you in on all the details, but he’s walked in the room, he’s come straight up to me and he’s gone: 'I want to be on your show! I want to go to Fernandos!” Paddy revealed.

"I said, ‘I don’t think you need the help.' I’m like, what is going on? I’m a lad from Bolton and I’ve got the Prince of England asking me, can he go to Fernandos. It doesn’t get much better than that," he added.

Take Me Out sees single men choose a potential love interest from a panel of 30 women. The couple then travel to the island of Fernando's where they go on a date and get to know each other.