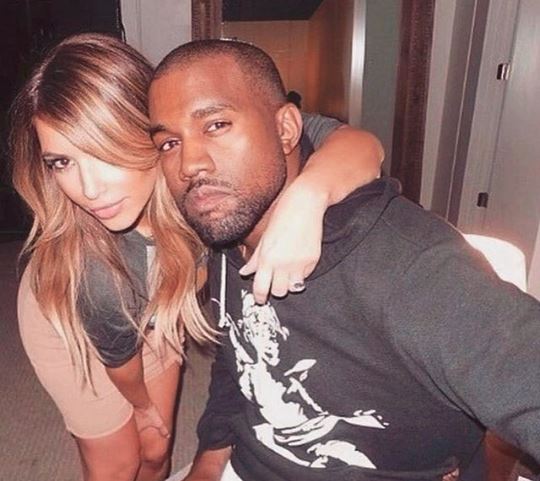 Kim K and her hubby Kanye West.
Image: Via Instagram

It is a job and a half to be married to an opinionated man like Kanye West. Just ask his wife, Kim K, who had to put on her armour and brace the Twitter storm that her husband's opinion created.

On Wednesday Kanye tweeted extensively about Donald Trump and how they shared the "same" energy.

This pissed off a large amount of tweeps. And just as they were cooling down, he ended the night with snap of himself and two other men (Lucian Grainge and Lyor Cohen) in which he was wearing his MAGA (Make America Great Again, which is a Trump slogan) hat.

Kanye West goes on a Twitter spree and gets a reaction from U.S. President Donald Trump. Subscribe to TimesLIVE here: https://www.youtube.com/user/TimesLive

The hate that followed was a LOT.

Kim K could not take it, so she went into defence mode.

To the media trying to demonize my husband let me just say this... your commentary on Kanye being erratic & his tweets being disturbing is actually scary. So quick to label him as having mental health issues for just being himself when he has always been expressive is not fair

Even though Kanye has never kept his opinions of Trump a secret, people still get offended every time the words leave his mouth and they went in with the memes.

But Kim went in with her explanations. Sis was totally pissed that "the media" and other trolls had resorted to speaking about Kanye having "mental issues".

He’s a free thinker, is that not allowed in America? Because some of his ideas differ from yours you have to throw in the mental health card? That’s just not fair. He’s actually out of the sunken place when he’s being himself which is very expressive

Clearly determined to set the record straight on the Trump issue, sis continued:

Now when he spoke out about Trump... Most people (including myself) have very different feelings & opinions about this. But this is HIS opinion. I believe in people being able to have their own opinions,even if really different from mine
He never said he agrees with his politics

Kanye will never run in the race of popular opinion and we know that and that’s why I love him and respect him and in a few years when someone else says the same exact thing but they aren’t labeled the way he is and you will all praise them! Kanye is years ahead of his time

Mental Health is no joke and the media needs to stop spitting that out so casually. Bottom line

You tell em' sis. You can't let them fetch your man like that!

Clapback Bonang is back y'all & she ain't playing with nobody

Oh how we missed this spicy version of Bonang!
TshisaLIVE
4 years ago

LOL! Twitter thinks 'boxer' Patricia de Lille should be champ of the world

Patricia de Lille put on some gloves to show she ain't playing with the DA's latest decision.
TshisaLIVE
4 years ago

IN MEMES | No time for games! Petronella's here for the moola

Lead us Petronella, we are your citizens!
TshisaLIVE
4 years ago

"It was so painful. I actually wanted to cry"
TshisaLIVE
4 years ago