Nasty C calls out copycats: I gotta check before I perform new material 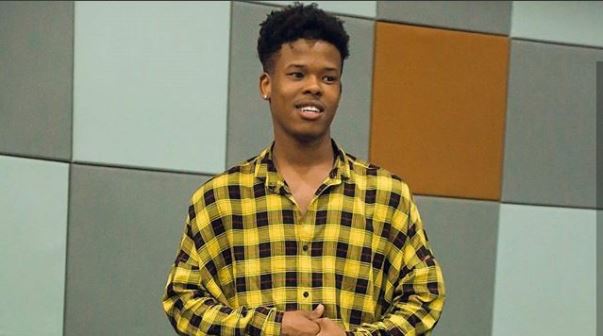 Nasty C is getting ready to drop his new album.
Image: Via Nasty C's Instagram

Nasty C is ready to run up on those looking to snatch his flows and vibe, telling fans he has to look around the club to make sure rappers aren't around before performing his new stash.

The rapper is sitting on potentially the most explosive hip-hop album in Mzansi this year with his upcoming release, Strings and Bling. As the release draws near, fans are becoming more anxious to hear what it's going to sound like.

Knowing the hype is as high as Snoop Dogg in the 90s, Nasty C has been dropping snippets online and at gigs.

The only problem is that the young king has to be careful that other rappers don't bite his tracks before they are officially released.

"Gotta see if there’s any other rappers in the club before I perform any new material," he wrote on Twitter this week, before further explaining that he was talking about copycats in the game.

The comments section was buzzing more than a Friday night out at Taboo, with reactions to the shade.

Nasty at the Club' checking out 'em copycats. pic.twitter.com/X7SVm84h6Q

Some people in the comments not getting the "Copycats" part.
Lmao.
You right, you don't want anyone biting your work and dropping a single in the morning

Ya shading away from a Cypher David ? pic.twitter.com/olkXTIjvEp

Speaking to TshisaLIVE last year, Nasty C claimed he was the best artist in Mzansi and was not worried about the competition because he heard their music and it was lame.

“I never feel pressure when I listen to anyone’s music. I listen to songs that are hyped on social media and I always find that there is so much more that could have been done to make it better. I am a perfectionist and so I make sure my music is at its very best when it finally gets released,” he said.

The heat around Nasty C's album was turned up earlier in the week when he dropped hints about a collab with award-winning Ghanian artist Stonebwoy and even posted a video of himself spitting bars in vernac and almost shut down the internet.

It was A LOT but was followed up by a tweet that many fans saw as a lyric off his new album.

The greatest among ye, shall be the servant of all. That’s deep

Clapback Bonang is back y'all & she ain't playing with nobody

Oh how we missed this spicy version of Bonang!
TshisaLIVE
4 years ago