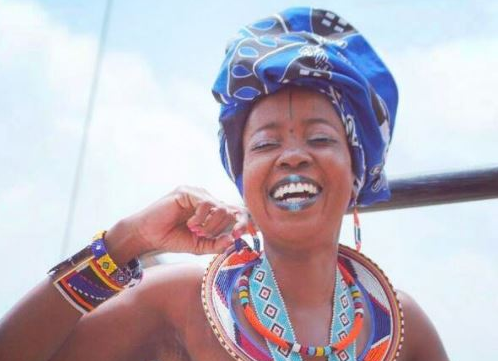 Ntsiki Mazwai is evidently team Bonang in this situation.

Even though Ntsiki Mazwai and Bonang Matheba aren't exactly the best of friends, the musician has come out to defend B as AKA went on the rampage to air their dirty laundry through his music and in several tweets.

The rapper's tirade of disses started when a video of him dropping bars to a small group of fans went viral.

"Waited two years just to see you with your weave off... What that say about your character, you was f**king me while I was paying damages," AKA rapped in the video.

AKA continued to fire shots throughout the day on Thursday tweeting that he never thought he would end up feeling so bitter about love.  Then on Thursday night fans were left shook as the Baddest hitmaker dropped two new singles, Beyonce and Amen.

And, as it turns out, those bars from Wednesday night are lyrics from Beyonce.

In the wake of the fiasco, Ntsiki defended Bonang, saying that men in the industry 'used' B for the fame.

I'm so tired of industry boys using Bonang to get famous......euphonik and aka....Bonang MADE YOU!!!!!

Even dbanj was trying a lil PR stunt there...... Even Somizi used Bonang to catapult himself to the top. They all use bonang

Ntsiki also questioned why guys who dated B found it necessary to drag her after they split.

And what's up with these cheap men who drag Bonang after dating her. Bitter much??? Desperado ONE SIDE!!!!

Bonang: a vehicle used by sa industry men to move up the career ladder

Ntsiki told followers to be honest and admit that Bonang brought "the power to the couple".

"Let us for a moment be honest with ourselves ....Bonang has got enviable charisma and chemistry. She lives up to her name. LOOK (at me) I didn't say she has a good heart but she does have charisma. Allow."

So much flames in a 60 second clip fam. AKA went in...
TshisaLIVE
3 years ago

Whose side are you on? Mzansi shook after that AKA video

Team AKA or team Bonang? Mzansi is split, yo.
TshisaLIVE
3 years ago