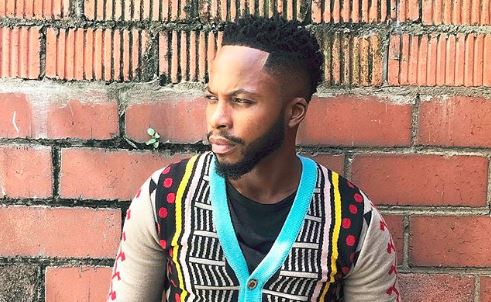 Nay Maps said being fake in the industry is a regular thing.
Image: Via Instagram

From outside, we all want to join the cool kids of the Mzansi entertainment industry but upon stepping in, you quickly realise that is not all fun and games and it's actually dog eat dog. Uzalo's Nay Maps had a chat with TshisaLIVE about it.

Nay Maps said although he'd heard about the "competition" he didn't expect the hate that other people seem to have and admitted that he's felt it too.

"Unfortunately, there is a lot of pretending in this industry. People actually smile with you just because they want something from you or speak ill of you behind closed doors and pretend y'all are fine in front of other people. Or  they wish bad things for you too a point where people go find muti to make sure that others don't succeed."

The Uzalo actor said he believed it was an identity-crisis and social media pressure that stirred up the hate instead of love in the industry.

Nay Maps is also a singer and songwriter and shared that he was grateful for his upbringing that has set his foundation and faith in stone.

The actor is a pastor's kid and said that even though who he is and who he's becoming is a product of multiple elements, he was glad to be truly rooted in God. He said knowing that he had a unique journey and destiny always brought him back to his truth every time he wanted to compare his progress.

"It's so easy to lose track of your journey and once you wish that your life was like someone else's and you try to imitate their lives, then you end up walking out of your own lane. "

Maps said almost all our issues could be fixed or pushed in the direction of being properly addressed if human beings spread love and positive vibes.

The actor also promised that 2018 would be the year where he preaches love through music. He said his single would be a nice treat for fans waiting in anticipation for his debut song.

Season three of Lockdown is hot and it's not even on TV yet... If you thought Lucy was bad then Zim Zim will blow you out of the water!
TshisaLIVE
3 years ago