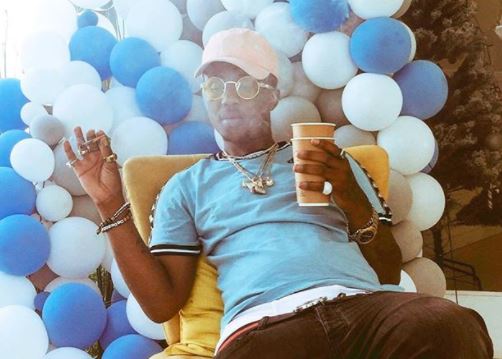 Fans are concerned after the musician 'collapsed' on stage.
Image: Via Instagram/Emtee the hustla

Despite growing concerns from fans after video footage of musician Emtee appearing to collapse on stage went viral, his record label is remaining tight-lipped, refusing to comment on the matter.

Ambitiouz publicist Kgomotso Motsaanaka told TshisaLIVE the label was "working on a statement" and it would be released "by the end of the day."

That's more than 24 hours after the footage of Emtee first went viral on social media.

This #Emtee incident got me thinking. Pray all will be well!! pic.twitter.com/aacZkWMp3A

Emtee, meanwhile, has not been available for comment and has remained mum on social media.

Footage of the incident shows the musician on stage before falling backwards. Other videos posted by fans on social media then show the musician being helped off-stage by security guards.

Concerned fans and celebrities have appealed to the record label to help the musician.